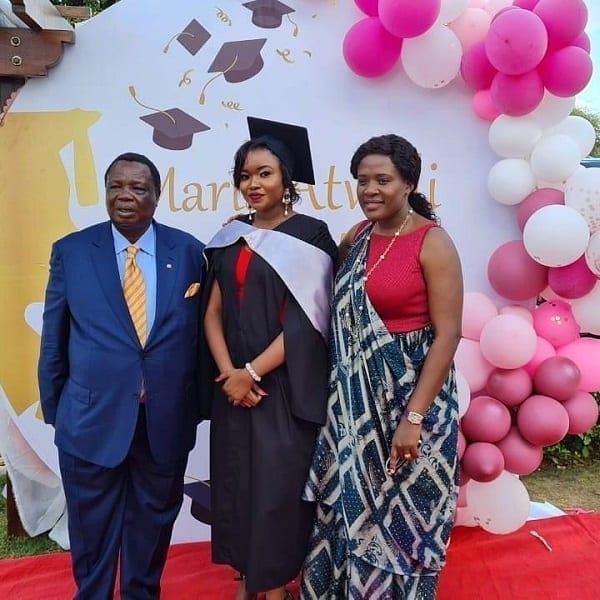 COTU Secretary General Francis Atwoli  over the weekend held an exquisite party for his daughter Maria Atwoli upon graduating with a degree in law.

Moments from the lavish party were documented through videos and photos that were later shared on social media by Atwoli’s wife Mary Kilobi.

Taking to Twitter, Atwoli also put up two photo accompanied with a congratulatory message to daughter Maria, stating that he is very proud her.

“Congratulations my daughter @atwolimaria on your graduation as a lawyer. Always proud of you” tweeted Atwoli.

The tweet ignited lots of positive vibrations from tweeps who wished Maria well in her career, as a lawyer.

Over the years Atwoli has proved to be a big spender, judging from his lifestyle and the treatment he accords his family members when they achieve a new milestone in their life.

In January, Atwoli also held a graduation party for his wife, Mary Kilobi, at their Iladamat home in Kajiado County.

The news anchor graduated from the University of Nairobi with a masters in international studies towards the end of 2019.

“I graduated in absentia from the university because I had visited the UK at the time, but held the party in January,” said Kilobi.

Surprising Europe video:A Ugandan in Amsterdam, driven to the verge of suicide

The Village that controls half of Kenya’s economy