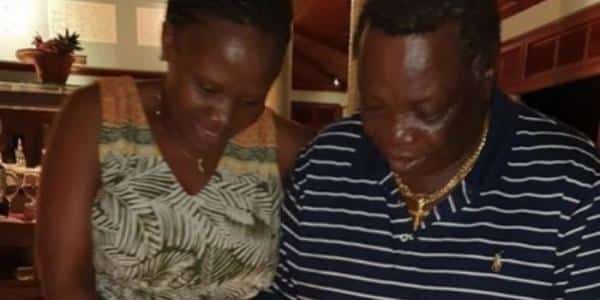 In 2018, the news anchor disclosed three qualities that attracted her to the trade unionist.

“I’ve dated young people and I feel like he treats me so well, respects me so much and shows me genuine love. People who have hang around me believe that there is love.

Further, she countered claims that she got married to the COTU boss because of his wealth.

“Some people believe that it is because of his money but it not the case. I refused to be with him on several occasions before and I realised he was rich when I came to Kenya. When I worked in Uganda, I did not know but we were still very good friends.

“Some people who have a lot of money do not respect people because they think that their money speaks for them. For him, he knows that it is not about his money because even when he had money before, I told him no,” she divulged.

In October 2019, the COTU boss disclosed why he had married Ms Kilobi.

Speaking at Bukwala SDA Church where he presided over a funds drive, the 69-year-old trade unionist stated that he was getting old and needed someone that would take care of him.

“I also want someone that can travel with me. Since I’m getting old, I need medicine and someone who can tell me when I have due meetings.

“As you know, the mother of my children stays in my rural home. If I decide that I want to start travelling around with her, I’ll find no home. Therefore, I must have someone who manages me and another to take care of my home,” he stated.

Atwoli urged young people not to get into polygamous relationships because of lust, adding that they would fail terribly.