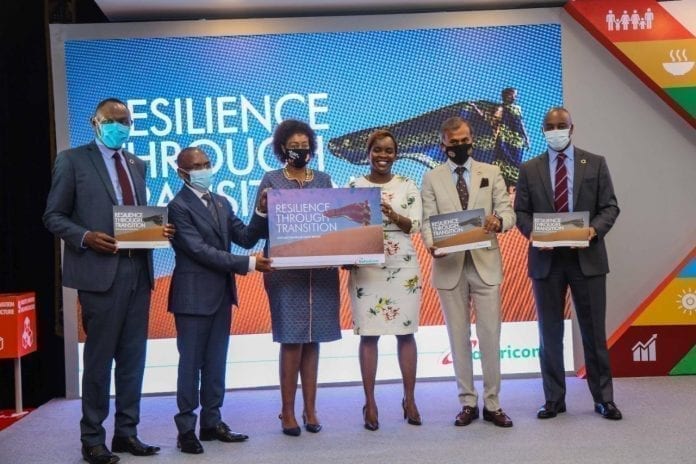 Kenya’s Safaricom, now controls 50 percent of all cash Kenyans abroad send home through its M-pesa Global which cumulatively, amounted to Kshs 284 billion between April last year and March this year.

According to the Safaricom Sustainability Business Report 2020 which covers the period between 1st April 2019 and 31st March 2020, M-pesa Global registered a 12.1 percent growth  in the period where M-pesa transactional value topped Kshs 13.9 trillion after registering a growth of 18.4 percent during the period.

M-pesa Global was launched in late 2018 to enable customers registered on m-pesa send or receive money from abroad using services such as Western Union Western Union, MoneyGram, Ria, WorldRemit, Wave, Remitly among others.

The platform which had 180,000 subscribers on the platform last year has seen the number grow four folds to 7444,000.

The telco says in the year under review its customer base on M-pesa grew 10 percent to stand at 24.9 million.
Related Posts
NEWS

The service has since grown to integrate with PayPal, enabling users to move money across the platforms and support e-commerce payments.

Last year, M-pesa Global accounted for 37.3 percent or Kshs 101 billion of all diaspora remittance moved through the mobile wallet.

Safaricom further says in the report that M-pesa created a social value amounting to Kshs 234.1 billion.

According to the report, Safaricom contributes 6 percent to Kenya’s GDP, though a slight decline from 6.3 percent registered in 2019.

Communications Authority indicated in its latest report said that M-pesa is the most dominant mobile money service, with a market share of 98.9 percent, dwarfing Airtel Money and T-Kash operated by Airtel and Telkom Kenya respectively.