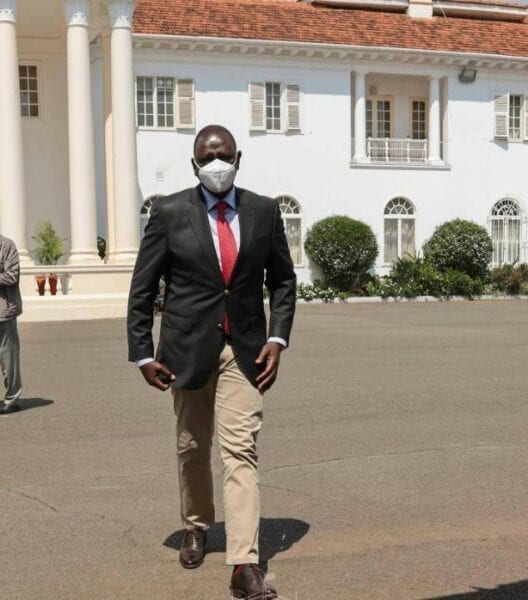 There has been ongoing rift in the Ruling party especially between those supporting Dp Ruto and those uhuru Kenyatta. KoT Detectives spotted Mana Ngina wearing two Masks ahead of the Prayers. Kenyans took the time to Congratulate Dp Ruto for Taking the bold Step to unite with other leaders in marking Huduma Day and National Prayers Day. His humility and Humbleness has always amazed Kenyans as he seeks to be the Fifth President of Kenya

Here are some of the reactions