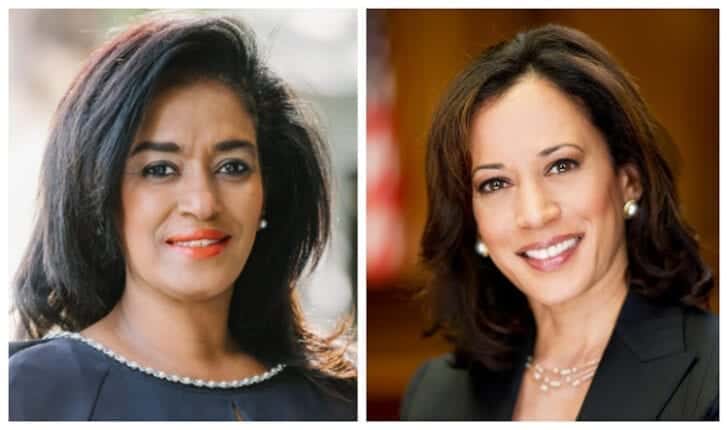 Nairobi woman rep Esther Passaris has congratulated her ‘lookalike’ vice president-elect Kamala Harris after their win in the US elections.

Joe Biden over the weekend won the race to become the next US president, defeating Donald Trump following a cliff-hanger vote count after Tuesday’s election.

“A few years ago my persuasion coach said I reminded her of a US Senator called @KamalaHarris. I had no idea who she was,” she said.

“…but I was told she had Presidential ambitions and that we were both born on October 20, 1964. So I started paying attention to Kamala’s career.”

Passaris said he had a sense of direction then.

“I have a sense of determination now. She inspires across borders. Thank you @JoeBiden for the vote of confidence in women,” she said.

Opinion: Why US Senator Kamala Harris is a risky pick for…

“History was made because you wanted to be part of the change needed to fight historical wrongs. A true #HeForShe Champion.”

Both politicians are of mixed race.

Harris was born in Oakland, California, to two immigrant parents – an Indian-born mother and Jamaican-born father – Harris parents divorced when she was five and she was primarily raised by her Hindu single mother.

She grew up engaged with her Indian heritage, joining her mother on visits to India, but Harris has said that her mother adopted Oakland’s black culture, immersing her two daughters – Kamala and her younger sister Maya – within it.

Although her career as a prosecutor is what made her a politician, it brought with it political benefits and risks.

On the other hand, Passaris was born in the coastal city of Mombasa to a Greek father and a Kenyan Kikuyu mother.

Some Kenyans in the Diaspora Maybe Facing Retirement Crisis