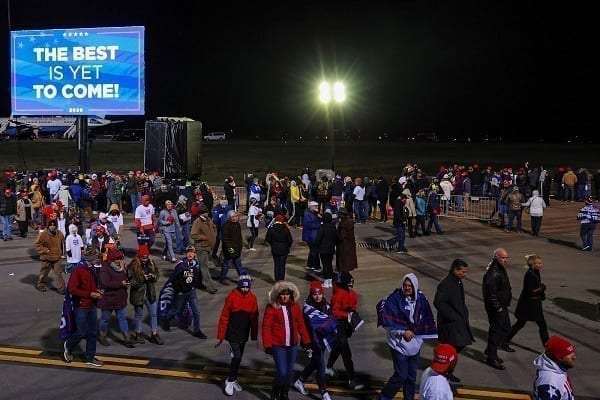 Otiende is the vice-chairman of the National Assembly’s Justice and Legal Affairs Committee while Kioni chairs the Constitution Implementation Oversight Committee.

The delegation is expected to be in the US for about five days, their trip being among the first since Covid-19 disrupted international travels.

Otiende earlier told the Star that the trip was the reason he would not be at the Naivasha meeting which started on Sunday to fine-tune the recommendations of the Building Bridges Initiative task force.

Kioni had only said he would not attend the Naivasha meeting but the Star has since learned his absence is tied to the trip.

“I will not attend the meeting as I have prior commitments,” Kioni told the Star on the phone on Saturday.

National Assembly Clerk Michael Sialai told the Star the lawmakers will join the delegation of the Independent Electoral and Boundaries Commission that is also travelling to the US to observe the election.

“They have been officially invited along with the IEBC to observe the US elections,” Sialai said. The US presidential poll is expected to close on November 4.

According to various news agencies, the voter turnout may surpass the 138 million that voted in 2016. The participation rate, according to Reuters, stood at 65 per cent of the 2016 vote as of Saturday.

The wind of uncertainty has rocked the election amid unclear indications by Trump that he will accept the results.

Various pollsters showed Biden holding a commanding national lead over Trump who has lined up campaigns in key swing states that stand to decide the White House race.

A huge number of US citizens have voted by mail or in-person at sites with provisions for early voting, events that come in the backdrop of Covid-19 fears.

The candidates need at least 270 state Electoral College votes to win the presidency with the focus being on Florida, North Carolina, and Arizona.

Media reports showed Trump had a tough assignment in Pennsylvania, Michigan, and Wisconsin – three states that helped him beat Hillary Clinton in 2016.

Among issues defining the election are strategies by the two leaders in regards to managing the Covid-19 crisis, economic slowdown, and job losses occasioned by the pandemic.

The country has recorded more than nine million cases of the disease with over 230,000 people dead, a situation Trump downplayed saying his opponents are using the figures to fight his bid to retain his tenancy at the White House.