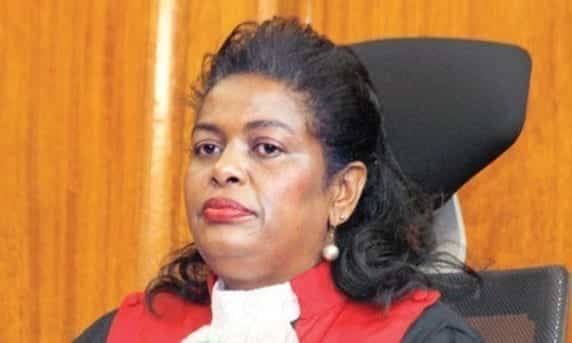 She also holds a diploma in Women’s Human Rights from the World University Services, Austria.

Njoki Susanna Ndungu begun her career between 1989-1993 at the Office of the Attorney General as a State Counsel.

She later worked as a Programme Officer (Civic Education) with the Institute For Education in Democracy until 1995.

In 1995 she moved and worked for one year at UNHCR Kenya Branch Office as a National Protection Officer.

Between 2000 – 2002 she worked as a Political Analyst for the Organization of African Unity, (OAU) which is now Africa Union.

Njoki Susanna Ndungu was nominated to the 9th Parliament by the National Alliance Rainbow Coalition – NARC  to serve as a nominated member of Parliament between 2003-2007.

She is the architect of the Sexual Offences Act 2006, and of amendments to the Employment Act 2007 providing for paid maternity and paternity leave.

Njoki Ndungu is not yet married although she has a child. She is a single mother

In 2013, Njoki Susanna Ndungu gave birth to a baby. This was the period when the 2013 presidential elections petitions were going on.

Word of the Day:Thankfulness Redefined!

Important Message to Kenyans Living in the United States