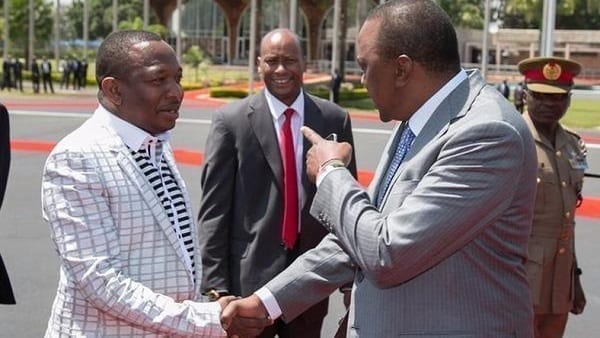 After taking office as the Nairobi County Governor, Mike Sonko’s relationship with President Uhuru Kenyatta was all rosy.

The president would invite Sonko in major State Occasions, including the Memorials of his father President Jomo Kenyatta.

But then Sonko was indebted to Uhuru’s family, in the 2018 Memorial for the First President, Uhuru publicly called out Sonko to settle debts that the Nairobi City Council owed his Mother.

Uhuru revealed that the Nairobi County had never paid Mama Ngina any money, which her husband earned as a water meter reader for the City Council in the old days.

Apart from this pension from the Nairobi County, Mama Ngina Kenyatta also earns half a million shillings from taxpayers money every month. This is her State Salary for being the wife of the former President of Kenya.

The finance act demands that Mama Ngina should be paid 40% of what President Uhuru earns every month. Therefore, the half a million is a percentage of the 1.44 Million Shillings that Uhuru earns as Kenya’s Fourth President.

Justice Odunga reinstates Moi Day, to be marked on October 10