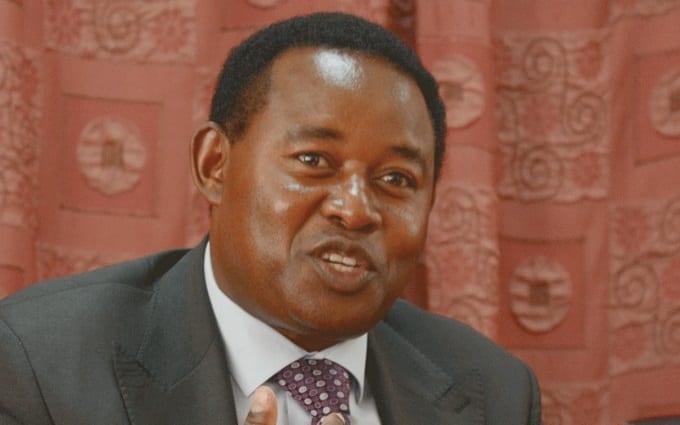 Machakos Senator Boniface Mutinda Kabaka has died, his family confirmed Friday, days after he was hospitalised after collapsing at a restaurant in Nairobi.

Senator Kabaka was on December 4 rushed from Dee3 Hotel in Kilimani to Nairobi Hospital, where he was placed under intensive care.

He also underwent a surgery as police launched an investigation into a suspected attempted murder.

The accused was Ms Esther Nthenya Muli, who was with the lawmaker at the establishment when he collapsed.

Ms Muli, a secondary school teacher from Wote town, was released from police custody on Tuesday.

No charges were preferred against her.

In a condolence message via Twitter, Machakos Governor Alfred Mutua said the senator died “due to the effects of a stroke arising from a blood clot that has been bothering him for a while”.

“Before he became senator, he had served as my government’s legal counsel. He was a lively man with strong dedication for improvement of the welfare of the people of Machakos and Kenya. This is a big blow to us,” he said.

Chama Cha Uzalendo, whose Secretary-General is Sadjah Philippe, said Senator Kabaka will be remembered as a great man due to his work and achievements.

“His demeanor, competitive style and skill were only surpassed by his incredible positive influence and zest for life, off the political arena,” the party official said.

“He did a lot in the community and was dedicated to our party, [upholding] our constitution, principles and positions on both national and county issues.”

State House Chief Of Staff, Nzioka Waita, tweeted, “Very saddened by news of the death of Senator Kabaka. I join residents of Machakos County in passing my sincere condolences to the family …  for the loss of a committed leader, jovial individual and patriot.”