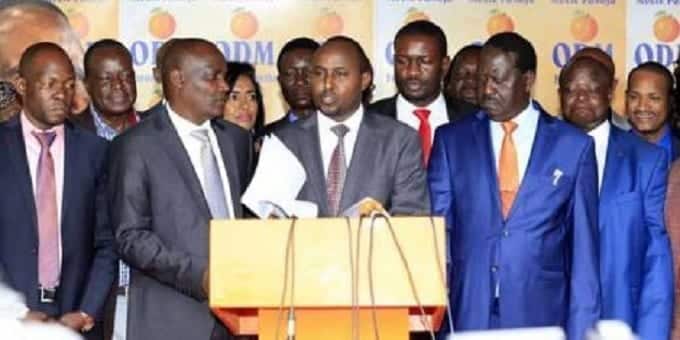 The Orange Democratic Party (ODM) will not be fielding a candidate for the upcoming Nairobi gubernatorial by-election.

This was confirmed after ODM failed to produce names of aspirants expected to participate in the party’s primaries to the Independent Electoral and Boundaries Commission (IEBC).

The IEBC had set yesterday (Tuesday, December 29) as the deadline for the submissions.

ODM chairman John Mbadi told the Nation, that the party would support Jubilee’s quest to recapture the seat.

“I can confidently say that our discussions are around having our partners producing a gubernatorial candidate,” he stated.

The Standard  had on December 28, reported that the two parties (Jubilee and ODM) were engaged in talks on the fielding of candidates.

The ODM elections board, Catherine Muma had earlier suggested that the party could pull out of the race if they failed to get a popular candidate.

“There are a lot of considerations to be made after the deadline. We have to vet the individuals to ensure they meet the requirement and they can deliver the seat.

“A party does not go to an election merely because people have applied to participate,” she stated.

Jubilee cleared former Dagoretti South MP Dennis Waweru, who is also the Building Bridges Initiative co-chairman, and city businesswoman Agnes Kagure as the aspirants who will face off for the party ticket.

At the same time, The Thirdway Alliance Party announced exiled Kenyan lawyer Miguna Miguna as the party’s candidate for the upcoming poll.

No VIP treatment for Governor Okoth Obado in jail