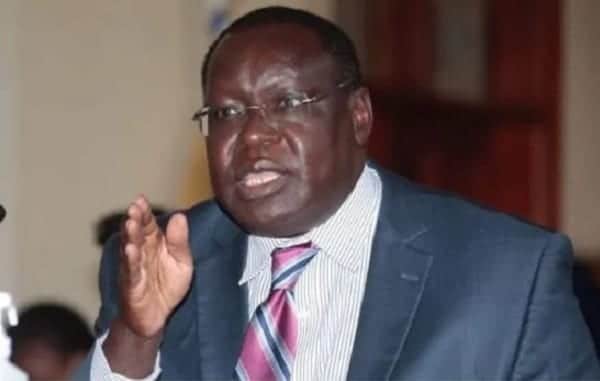 An audit conducted by the Auditor-General Nancy Gathungu has revealed that the County Government of Kiambu acquired 11 mobile phones at a combined cost of Ksh1.69 million.

According to the audit report which was titled ‘Management Letter’, the Governor James Nyoro led county made the irregular purchases in the 2019/2020 fiscal year. The phones cost between Ksh84,000 and Ksh198,000 each.

According to the auditor general, all the phones surpassed the Ksh80,000 cap adviced by the Salaries and Remuneration Commission (SRC).

Kenyan Woman Who Touched Many Hearts Dies In USA

The letter was presented to the County Executive Committee Member for Finance Mburu Kangethe with the inscription, “the purpose of this letter is to bring to your attention the findings that were revealed during the audit.”

The audit report also revealed several other suspicious financial activities in the county for the financial year 2019/2020. According to Gathungu, the county also spent Ksh19.5 million on airtime.

The auditor general flagged allowances paid to the county Ward Representatives and county staff, and stipends for attendees during public functions where over Ksh100 million is believed to have been lost.

For instance, MCAs and staff from the county are reported to have been Ksh62 million to finance workshops and retreats in Mombasa and Naivasha. This is said to have been inclusive of Ksh10 million paid as allowances to MCAs who attended a health workshop in Mombasa between January 5 and 11, 2020.

This is at a time Nyoro was the county’s acting governor.

The report also revealed that Ksh11 million was paid to the county leaders while at a workshop in Mombasa in October 2019, Ksh9 million for a budgetary meeting, Ksh3 for a

seminar they attended in Naivasha.

The auditor general’s report which is dated December 30, 2020, was supposed to be kept internally by the county. K24 reported that disgruntled MCAs against Governor Nyoro’s leadership leaked the report on January 19.

Following her appointment in June 2020, Gathungu has evaluated financial records of counties and state departments, unearthing numerous accounts of irregularities in the process.