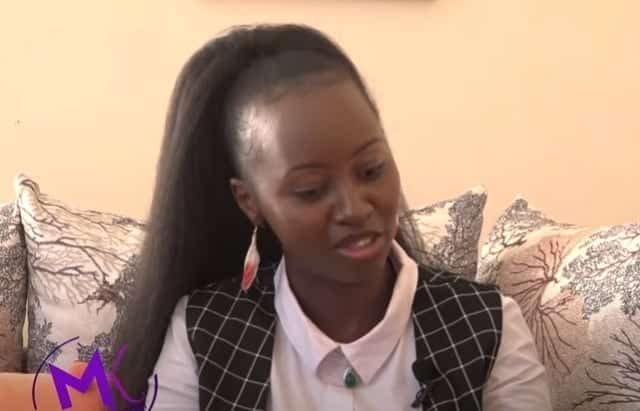 Age is just a number? Ciru Njuguna seems to think so. The 28-year-old woman is still two years shy of 30 and to many, she still has her whole life ahead of her. But she chose to settle down and start a family with the love of his life.

On the surface, it sounds like the usual love tales you read on books and see in movies. But it is different.

The young woman who hails from Lanet, Nakuru is 32 years younger than the man of her dreams. Ciru does not seem to mind the gap but society judges her every minute of every day.

She insists that their age gap has never caused a strain on their relationship.

“We have an age difference of 32 years. People always have an issue with our ages. We met on Facebook,” the happy wife told journalist Monica Kagoni. Ciru met her man when she was just 20. It all started with a friend request on Facebook. It then blossomed into a date than turned into a wonderful friendship. “He and his first wife were divorced. They had three children. He asked me if I’d like us to meet for coffee and I said yes,” the confident lady declared.

Ciru also stated that her German bae is older than her father. The 28-year-old whose husband is German explained that he was the first old man she had ever been involved with.