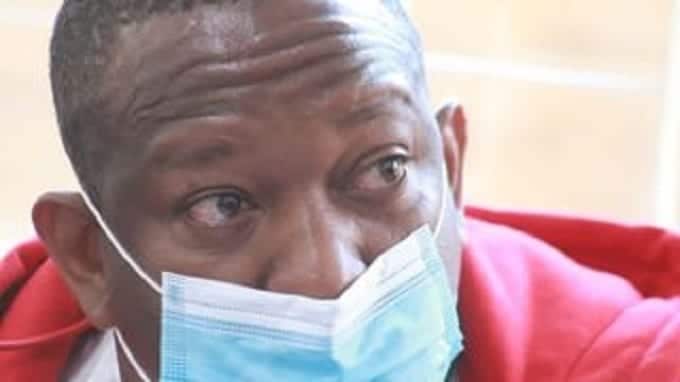 Former Nairobi Governor Mike Sonko broke down in a Nairobi court this morning as he appeared for the mention of a corruption case that he is facing.

Sonko told Chief Magistrate Douglas Ogoti that he cried because police preferred more charges against him after he refused to withdraw an affidavit adversely mentioning Christine Pratt Kenyatta in a case over the appointment of the Nairobi deputy governor.
On Wednesday, the impeached ex-county boss asked the Anti-Corruption Court to grant him 14 days to prepare for the hearing of the Sh14 million graft case.

However, his new set of four lawyers, led by Dr John Khaminwa, sought 30 days to prepare for the case.

Dr Khaminwa said previous lawyers who were representing Sonko have since opted out.

Dr Khaminwa asked the court to direct that the Ethics and Anti-Corruption Commission hand over to him all other records of the case. He urged the court to grant him time to instruct new lawyers who will handle the graft case.