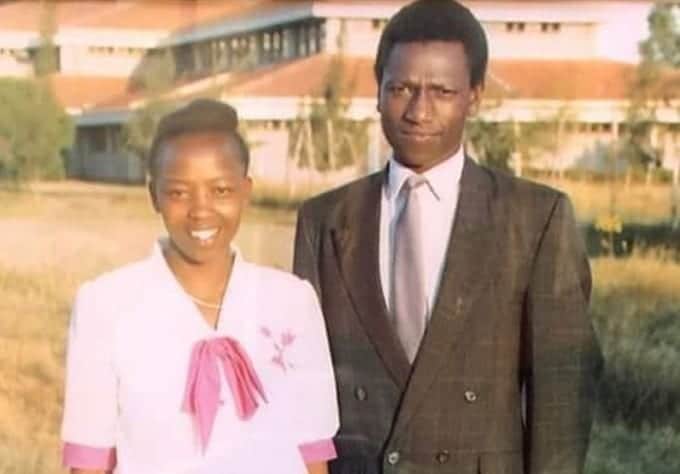 Deputy President William Ruto has opened up on how he was forced to learn the Luhya dialect in a bid to adequately woo his better half Rachel.

The DP spoke in an interview with media personality Felix Odiwuor, who is better known as Jalang’o.

He explained with a light touch that he faced ‘stiff’ competition for Rachel’s hand in marriage from other men, and considering the rest were conversant with the language, he had no option but to learn the ropes as regard to the new dialect.

The soft-spoken and media-shy madam Rachel Ruto hails from Likuyani in Kakamega County.

“I had no choice other than to learn Luhya because I was losing out. I did not want to lose out. I never like losing,” explained the DP with a light touch.

The couple got married in 1991 and has been blessed with six children namely Nick, June, Stephanie, Charlene, George, and Nadia.

The family has risen from humble background into one of the most prominent families in Kenya at the moment.

The knowledge of Luhya language would later come in handy for the DP when he stumbled on a lawmaker from Western Kenya bad-mouthing him at a public rally.

The MP, whom the DP did not name, reportedly advised the crowd to ‘eat’ the money realized from a Harambee the second in command was presiding over instead of channeling it towards development.

“I heard everything he said at the rally but he did not know that,” the DP recalls.

“When I stood up to speak, I told the audience they needed these donations more than I did. If it was a bus, they needed to use it to make income. The same applies to bodabodas. I told them I did not stand to lose much if they misused my donations.”