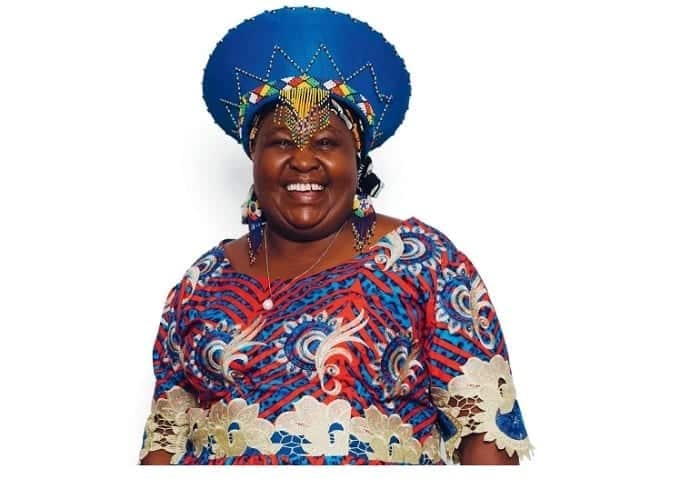 The Kenyan-born migrant and refugee advocate Rosemary Kariuki has helped women escape domestic violence and financial distress in Sydney’s west for two decades. She was lauded as a Local Hero at the 2021 Australian of the Year awards.

Your father was a Kenyan freedom fighter in the 1950s Mau Mau uprising against British colonial rule and spent seven years in jail as a result. What did he teach you? My father was very passionate about looking after others. Even when he came out of jail, he continued housing my uncles, cousins, even his neighbours. He looked after everyone. He taught me to work hard, do the right thing and stand up for myself. So if I believe in something, I’ll fight for it and speak up on behalf of others, too.

You’re a Local Hero for 2021. Does politics beckon? Politics is very dirty. I admire politicians because they leave their families and lead their lives in the limelight. I don’t think it’s for me, but I am a very good activist.

When you talk to local councillors and MPs, what do you want them to know? Imagine a woman running away from domestic violence. She and her three-month-old baby are taken to a motel. The child wants milk at night. There’s nothing in a motel to heat the milk with and motels are also full of men. I tell MPs we need more refuge homes.

What do you think about Australia’s refugee policies? When I hear people talking about “queue-jumpers” … a refugee doesn’t choose to be a refugee. A refugee doesn’t choose when they’re going to run away from their country. For me, I would like [the federal government] to increase the intake, especially of people from Africa whose numbers have been cut. When I talk to Australians at the Cultural Exchange Program [an initiative created by Kariuki in which refugees and migrants are introduced to Anglo-Australian families in Sydney’s west], they say, “Wow! I’ve never come across refugees. They’re very good people!” I’m thinking, “What did you think they are?” But you can’t blame them. It’s what they see in the newspaper. Instead of calling them “gangs”, I’d like for us to embrace them, walk with them and mentor them. And, for the ones who have issues, find ways of helping them.

You’ve fled political conflict, survived domestic violence and are a refugee. Have you come close to death? So many times. I’ve asked myself, “Why did these things happen?” It’s why I give back to the community. God has a purpose for me; that’s why I didn’t die in those moments.

You arrived in Sydney in 1999, at the age of 39, with few assets and no family. How did you survive? I arrived with only one suitcase and $250. I had $350, but I bought some gifts – African artefacts – hoping they would help me get friends. The moment I arrived, though, I just felt this heavy burden lift from my shoulders, as I was safe. Once you’re safe, everything else is okay.

Domestic violence: it doesn’t choose race, it doesn’t care if you’re rich or poor or from this community or that. It’s about power and control.

You help women flee dangerous situations. What do they need in order to escape – and then survive? Domestic violence: there’s a lot of it. It doesn’t choose race, it doesn’t care if you’re rich or poor or from this community or that. It’s about power and control. Some migrants and refugees don’t even know they’re going through “domestic violence” because that term doesn’t exist in their culture, but they have seen their mothers being bashed by their fathers. So when I’m working with such women, I cannot just tell them to leave. They will not leave. But you can work with them. I ask them, “What do you think your child is thinking when he sees his dad bashing you?” Once you show them that, they realise it’s not okay. And once they know there are services for them accommodation, people supporting them – well, that is the first step in leaving an abusive marriage.

What is the meaning of life? Life is love. I just see the good parts. And that is what life is.

You believe in God. Do you have a particular faith? I’m a Catholic.

Do you go to church? Every Sunday I go to church at St Mary Mackillop [in western Sydney’s Oran Park] if I can, but I watch Mass online if I don’t attend. It gives me a lot of happiness.

What else does going to church give you? I go to church every week to thank God for the seven days he has given to me. He has looked after me, protected me and protected my children [two sons, now aged 39 and 34]. Also, it’s like food; you know, when you’re hungry, you need food? I go to church to get spiritual food.

You’ve lived through much pain, hardship and sorrow. Has any of that made you question your faith? Yes, there was a time I doubted God. My first marriage was very, very bad. After that, I said, “I’m not going to marry again until my children can stand on their own two feet” – and that’s exactly what I did. So when I got married a second time, I found a very, very good husband, Max. Within no time, though, he became sick with early-onset dementia. He was 62. I was so angry with God every day. “Why did you do this to me?” One day, God answered me through him. After church, we were having lunch and Max looked me in the eyes and told me, “You know, Rosemary, I do not deserve you. But God brought you into my life so you can look after me.” I just felt this calmness. It was the last [lucid] sentence he said. He died in 2015.

Do you have words of wisdom that you live by? The Bible verse that kept me going, especially in my abusive relationship with my ex-husband, was from John, chapter 14. “In my father’s house, there are many mansions.” It means there’s room for everyone. When you say it in our language, it sounds so good.