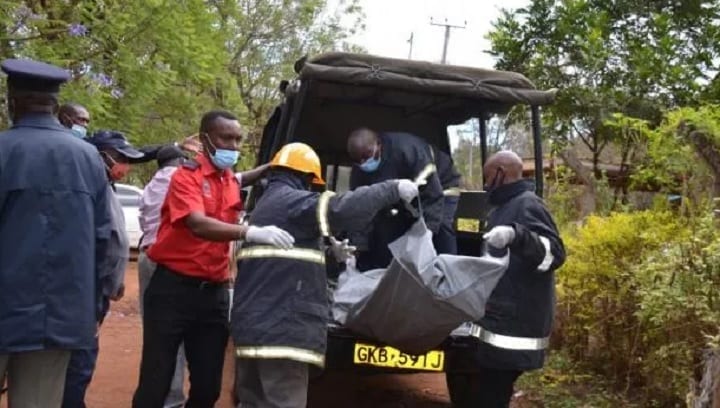 A German national living in Diani, Kwale County shot himself in the head after writing a suicide note to Diani Police Station OCS, claiming that his Kenyan wife and relatives had swindled him of multi-million property.

Police said that 82-year-old Wolfgang Theodor Fischer, was a Kenyan by neutralisation, having stayed in the country for over 30 years and was married to a 62-year-old Kenyan woman.

The two had reportedly purchased several property in Diani. However, Fischer allegedly complained that he was unhappy for the past three decades in his marital life.

Detectives found his body lying in a pool of blood at their home in Diani-Ukunda after the wife reported the incident at the police station. The widow said that he found him dead after she came back from church.

In the suicide letter that was found near his body, Fischer said that he had struggled to pay medical bills and that he had reportedly lost all his savings, land and other property to his wife’s kins. Police, however, declined to reveal more details of the letter saying that it was part of a crime scene.

“The tycoon has had wrangles with his in-laws over property and was also suffering from cancer,” a detective told a local daily.

A close german friend added that the deceased had always wanted to commit suicide accusing his in-laws who he said had frustrated him.

“He was depressed after losing money and land to people he claimed he was familiar with. I tried comforting and supporting him but all was in vain,” the friend said.

Detectives from the Directorate of Criminal Investigations (DCI) launched investigations into the matter and interrogated the wife and other relatives.

They said that they would base their investigations on the suicide later, evidence from the crime scene and statements from the wife and other relatives.

Word of the Day:God is in charge of our future

Now they both wear the pants: Ivorian family code revised

“High and Mighty” walk into the cells? A new Kenya in deed