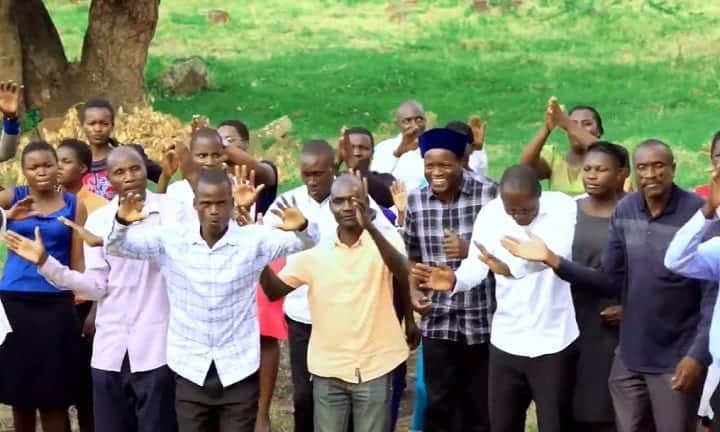 Kenyans on social media have been left in shock after Governor Obado featured in the latest Rapogi Lwanda SDA’s choir.

Migori Governor Okoth Obado might be facing a number of challenges but singing is not one of them.

On Tuesday, Kenyans on Twitter (KOT) shared clips of the governor belting out his heart in a Luo gospel song done by Rapogi Lwanda SDA church.

The song, Pak Odogne Yesu (Praise be to God), was released in September 2020 but is slowly becoming a hit among KOT.

Obado, donning a navy blue hat, sings praises unto the Lord as he testifies of his goodness.

“I have experienced His great endeavours…I will praise Him in my life for wherever the world disappoints, He creates a way,” sings the governor, wearing a beaming smile.

He goes on to sing of God’s goodness and provision even during difficult times.

The decision by the Raila Odinga-led party was a culmination of a ceasefire between the governor and the Orange party leadership following political run-ins.

It was also an apparent admission by the party leadership that they had been outwitted by the governor, who has in the past successfully gone against the grain in elections.

The leadership is said to have demanded that Obado toes the party line by backing its position on political issues.

Recently, the governor, whose second term in office ends next year, intimated he would go for a seat many fear going for.

“I am being told to run for an elective seat. I will declare soon. This one no one has run for and people fear going for it,” Obado said.

lord lead me, my enemies arraigned me,

I am human, I become afraid

If you leave me, I shall be destroyed by my enemies

You are the wall that can circle me

You are the sailing to that can manage the storm