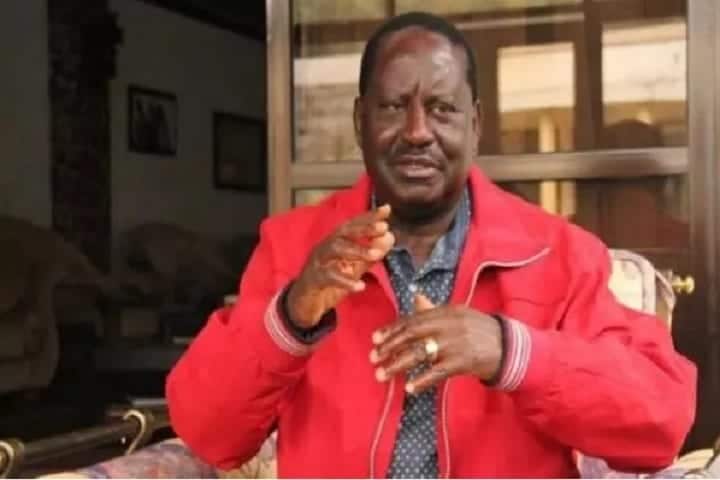 ODM leader Raila Odinga has been admitted to Nairobi hospital after complaining of fatigue, his personal doctor Oluoch Olunya confirms.

The former Prime Minster checked himself in hospital after rigorous campaigns and underwent a series of tests.

“Odinga walked in for routine medical test at the Nairobi hospital on March 9, 2021 after feeling some fatigue,” said Dr Olunya in a statement.

“He is still undergoing some further investigations with a team of doctors and has been advised to take a rest,” he added. “We are continuing to monitor his condition and no doubt will be able to address the country in due course. He is in good spirits.”

The former Prime Minister is reported to have gone to the hospital yesterday where he was checked after which he left for his Karen residence.

However, he is reported to have been driven back to the same hospital this morning where he has been put under observation with doctors expected to conduct further tests to determine his condition.

He was reportedly complaining of fatigue and body aches.

Oburu said Raila took a COVID-19 test but the results were yet to be released.

“The medical test results on COVID had not come out by the time I left last night, but from what I observed I could not see any signs of COVID,” said Oburu.

“He doesn’t have any pains on the chest or any cough, or anything like that. It was just general fatigue of the body and some joint pains. That is what I could see. But I am not a doctor,” he added.

Oburu dismissed speculations that Raila was advised by his medical team not to go on the Coastal tour he took last week.

“There was no such advice. He was feeling quite fine,” he said.

Raila spokesperson Dennis Onyango also confirmed to The Standard that the former premier was at the hospital and his personal doctor would issue a statement later in the day.

In June last year, Raila went on a three-week medical trip to Dubai where he underwent minor hip surgery.

His illness sparked speculation among Kenyans forcing him to get back in the country secretly.

His handlers said he did not want his arrival to attract any form of crowds hence the low-key return on the night of July 12. He was picked up from the Presidential Pavilion and driven to his residence.