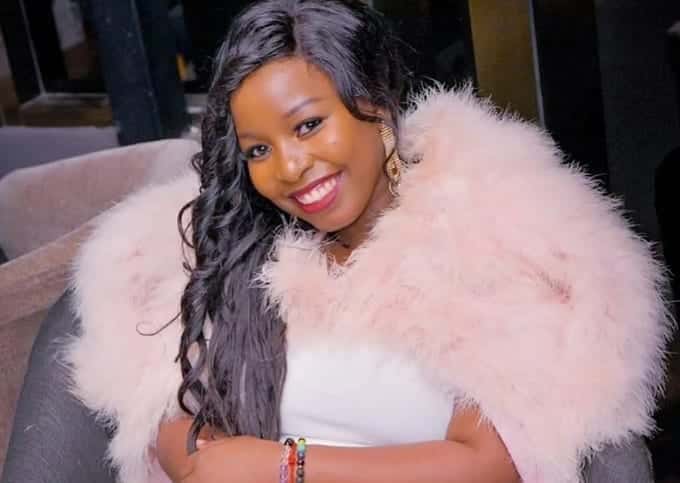 Mike Sonko’s daughter Saumu Mbuvi, has disclosed that she has been battling bipolar condition for the past 8 years.

In an interview with Massawe Japanni, Saumu explained that her condition got worse when she started dating her now ex-boyfriend Anwar Loitiptip, as she was always in hospital after one or two weeks.

Bipolar- is a disorder associated with episodes of mood swings ranging from depressive lows to manic highs.

But all those years, I have never been serious to an extent of staying in hospital but when I started dating Anwar. It was tough because I was going through physical and emotional torture. It reached a point I had to speak out and be a voice for many women.

I was not chased, I walked out. I was going through emotional and physical abuse…he used to celebrate saying I’m bipolar and I had the condition for over 8 years. We were together for 1 year and half,” said Saumu Mbuvi.

She added that Anwar used and dumped her, a clear indication that he had a hidden agenda when he hooked up with her.

Saumu went on to explain that their fights were always as a result of Anwar’s alcoholic nature and other things that her ex-boyfriend was using.

“I forgive, from him to all the that have insulted me, because I was so weak and abused by the people I allowed into my life, and I feel that I have to forgive myself for doing that”

Asked on allegations that her close friend Bambi is now dating her Baby Daddy Anwar, Saumu said “I wish them well… I have beautiful kids to focus on, he is not my focus now…I’m a father and mother to my kids and I’m okay with that.”