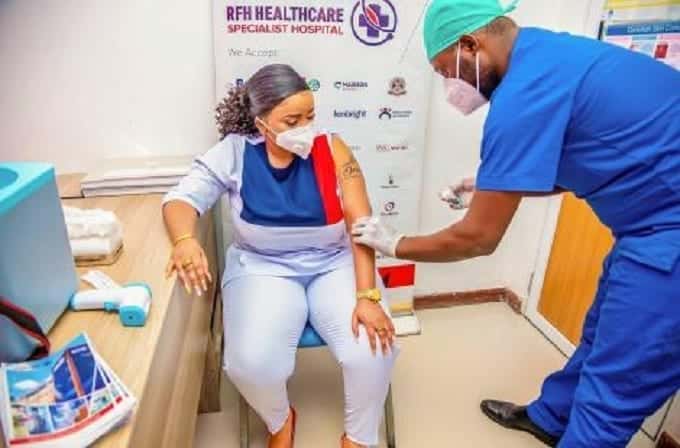 Natasha attracted backlash from Kenyans online after posting a photo that exposed her tattoo as she was getting the Covid-19 vaccine.

“Rev Lucy Natasha, preach on and turn your back to the critics, skeptics and naysayers. People will always talk tattoo or no tattoo. Shine on for the Lord and reach out to souls. There’s nothing you can to please everyone!” Ezekiel Mutua stated.

Initially, Natasha disputed the harsh criticism from Kenyans as she advocated for people to focus on their calling given by God and disregard the naysayers.

“As much as we would love the complete approval and support of others, we may not always get it. Nevertheless, we must continue to be obedient

“People only affect your life when you allow them to. No one else is supposed to understand your calling like you. It wasn’t a conference call,” the woman of the cloth stated.

Kenyans online had bashed the Nairobi-based pastor for exposing her body art while taking the jab.

“More than enough photos of you taking the vaccine. Wouldn’t you just have posted just a single for one of your pastors? Not the bodyguard.

“Bible is against tattooing, the same Bible she read to preach God

“For tattoos is a no go zone, it is against god’s will. He created you in his image and likeness, without those piercing. Call a sin a sin the way you’ve been against dirty content,” some of the comments read online.

Pastor Natasha is acknowledged for her lavish lifestyle and sense of style. Recently, she stirred conversations on social media after delivering a sermon while seated inside a yellow chopper.

The pastor has also received criticism for using costly rides with her detail during her tour of West Africa such as in Nigeria and Zimbabwe.

For instance, she was blasted after sharing a photo with a heavy, armed, and uniformed security detail in Nigeria. Further, she was received by high dignitaries such as Zimbabwe’s first lady Auxillia Mnangagwa during her tour in Zimbabwe.

Photos:Ruto arrives and received at the Hague in stlye