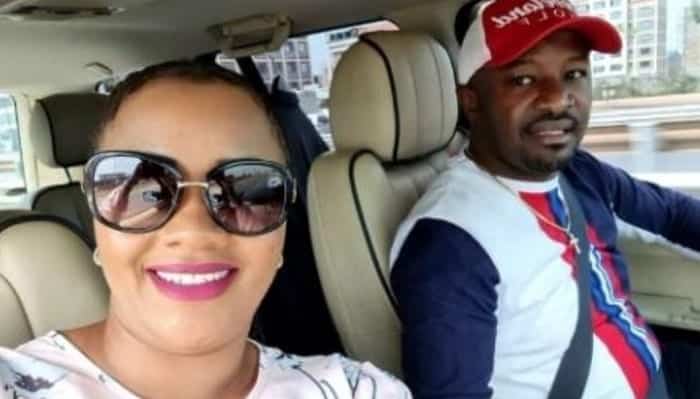 Speaking in a recent interview, Waweru disclosed that some of the irreconcilable differences between them involved alcohol.

Waweru and Njoki, who have three children together, have officially commenced the divorce process stipulated by the law.

According to him, the couple has tried to resolve their problems through their parents but the interventions bore no fruit.

On her part, Njoki insisted that the couple broke up after the businessman abandoned her to pursue Cate as his second wife.

Njoki added that Waweru gave her an ultimatum to accept his second wife or forfeit their union and she declined.

The drama between the three played out recently when Waweru’s first wife claimed that she was assaulted by the Laikipia Woman Rep.

Njoki told the police that Peter and Cate visited their matrimonial home when the scuffle ensued but the businessman argued that he had been accompanied by his sister and not the politician.

Waweru also told the media that his relationship with the Laikipia Woman Rep was brewed during a time when he was experiencing frustrations in his first marriage.

Waruguru, one of his childhood friends, was empathetic about his situation and they struck a cordial relationship.

The two solidified their relationship by going through the Kikuyu customary marriage process and have since designated the titles of “husband” and “wife” to each other.

Waweru is the incumbent chairperson of the Kirinyaga County Chamber of Commerce and is also involved in the importation business.

Kenyan Man Found Dead After Missing For A Week In San Diego, CA

The nature of a woman: A man’s hopeless perspective.

NBA Africa to launch Junior League in Kenya in 2017

It is Official,UDF leaves Jubilee, set to endorse Mudavadi