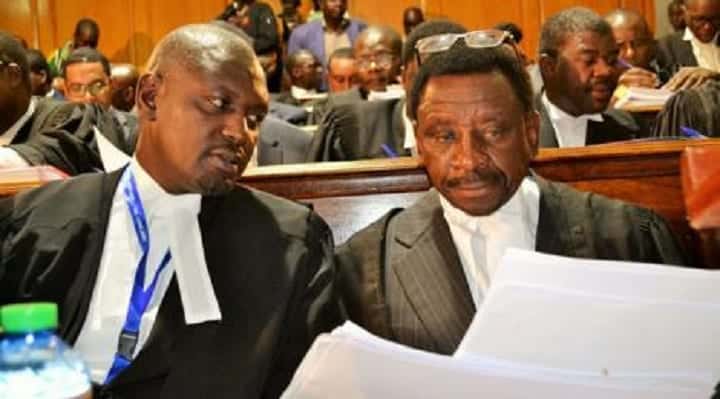 Amollo serves as the Deputy Chairman of the committee under Kangema MP Muturi Kigano. The party has suggested that the vocal lawmaker be replaced with Ruaraka MP TJ Kajwang.

In a statement, the embattled lawmaker noted that he was ready to step down if the party proceeds with its plans.

“The vicissitudes of politics. So, the schemers want me out of JLAC. I will take it in grace and stride,” stated Amollo.

Towards the end of April, Amollo had told off Minority Leader John Mbadi while in Parliament debating the constitutionality of the Building Bridges Initiative bill.

This comes after ODM officials admitted that there internal wrangles within the party risked causing delays or the collapse of the Building Bridges Initiative.

ODM Director of Communications Philip Etale, in a statement, had confirmed that some of its senior leaders were reading from different scripts with regard to the contents of the BBI Bill.

The committee was involved in the deliberations of the Amendment Bill 2020 fronted by President Uhuru Kenyatta and former Prime Minister Raila Odinga.

“In a democratic party like the Orange Democratic Movement (ODM), members have to disagree and later agree on principle, especially regarding sensitive matters as the constitution review.

“ As a party, we wish to assure our members, supporters and the general public that our legislators are only differing on substance but have a common agreement that they will all pass the Bill on the voting day,” the statement by Etale read.

So fierce are the wrangles that Siaya Senator has reportedly been labelled a traitor due to his change of tune on the BBI bill.

Orengo had questioned the authenticity of the document released to the public. He further poked holes in the legality as well as distribution of the proposed 70 new constituencies.

Nyeri MCAs in hot debate on chopping of ‘transformers’

Beyond broke: Dark side of ‘American dream’-Needs to work extra hard