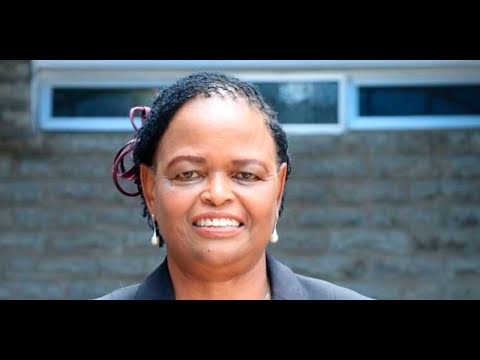 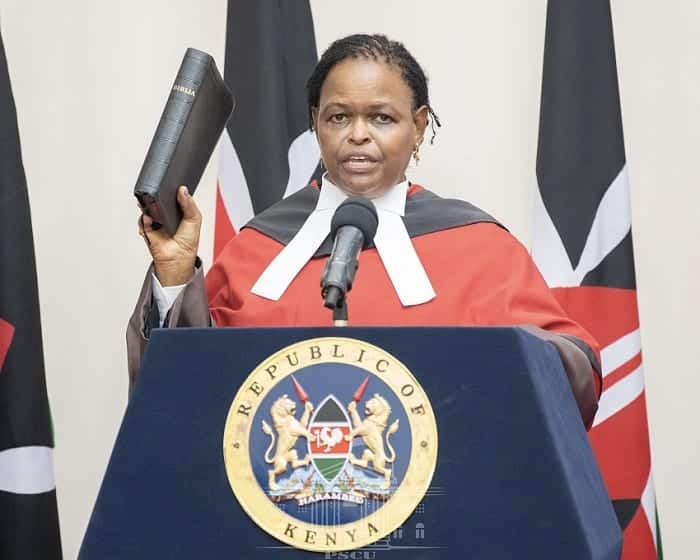 The incoming CJ was sworn in at State House in a ceremony attended by key officers from the Judiciary. Court of Appeal president William Ouko also took oath to serve as judge of the Supreme Court.

He congratulated the new appointees.

In his speech, the President first apologised for delaying the swearing in as he was held up in Mombasa.

I’m as tough as my mother, Miguna says at start of NRM…

He reminded the CJ and the judge to practice what the oath office they ascribed to, at the brief event, states.

The President told the Supreme Court president and the Judge that it “was not in his place to teach them how they should do their job”.

President Kenyatta said he was honored to witness the swearing in of the first female chief justice of the republic of Kenya.

Staying off his official speech, the president said: “These people here (handlers) prepared for me a long story for me to say…but I purposely say I will not because it is not for me to tell you how to execute your work.”

The president restated the oath, picking parts which read: “…and to impartially do justice in accordance of this Constitution as by law established; and the laws and customs of the republic without any fear, favour, bias, affection, ill-will, prejudice, and any political, religious, or other influence in the exercise of judicial functions entrusted to you.”

He also reminded the incoming Supreme Court justices of their pledge to “protect, administer, and defend the Constitution with a view of upholding the dignity and the respect for the judiciary, judicial system of Kenya, and promoting fairness, independence, and integrity within it.”

The President assured the court of the Executive’s support and partner with the judiciary as its executes its mandate.“ We pray for your success,” President Kenyatta told the new team.

“Justice Ouko, most of you of at least mmetoka kwa grassroots, you are part of the system…we need not to teach you anything…fanya haki tu,” the President said.

Koome has been appointed at a time eyes are on how the superior courts, including the Supreme Court, will deal with the appeal against the BBI initiative.

The High Court two weeks ago declared the constitutional amendment drive null and void, jolting the peace building initiative spearheaded by the President and his handshake partner Raila Odinga.

Koome beat 10 candidates who expressed interest in taking over from Justice David Maraga who retired in December last year.