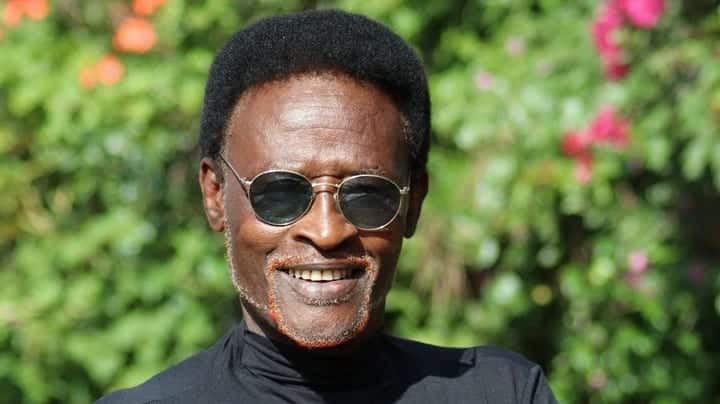 Legendary afro-beat icon Freshley Mwamburi has shared the reasons why he decided to rework his evergreen ‘Stella Wangu’ hit song 29 years after it was released.

Mwamburi released the timeless classic ‘Stella Wangu’ in 1992 and has over the years remained etched in the hearts of Kenyans.

A proof of this is the social media trends of the song every year on May 17, when majority of Kenyans create all sort of memes to reminisce the great classic tune.

It marks the day when, according to Mwamburi in the Song, the love of his life returned to Kenya from Japan accompanied by a Japanese man and their baby, breaking his heart.

He sings of how he funded Stella to go further her studies in Japan but when she landed at Jomo Kenyatta International Airport on May 17, 1992 what he saw and felt was unforgettable.

Heartbroken, Mwamburi immediately hit the studio together with his Everest Kings band-mate Abdul Muyonga and recorded the hit song that has remained hot and fresh since.

He explained to Nairobi News why he has decided to release a remix to ‘Stella Wangu’.

“Stella being an evergreen hit that is engraved in the heart of Kenyans it deserves not just a remix but also a quality music video and there is no better time to remix it if not now. I would like even the younger generation who might not know the song to know it and enjoy it,” the 62-year-old explained.

The remix video was shot and directed by Eric Ahoy alias Mtu Cinema and choreographed by dancer and choreographer Arthur Chiluba and audio rejigged by Nixon Mega records.

Mwamburi Mwakachola ‘Freshley Mwamburi’ was born on November 7, 1958 in Wundanyi, Taita Taveta County and came into the music scene in the 1980s.

However, it was the hit tune ‘Stella Wangu’ that thrusted him into the national limelight enabling him to travel the world for performances as he sold many records locally and abroad

Funeral service for Kenyan boy who died in Omaha, Nebraska