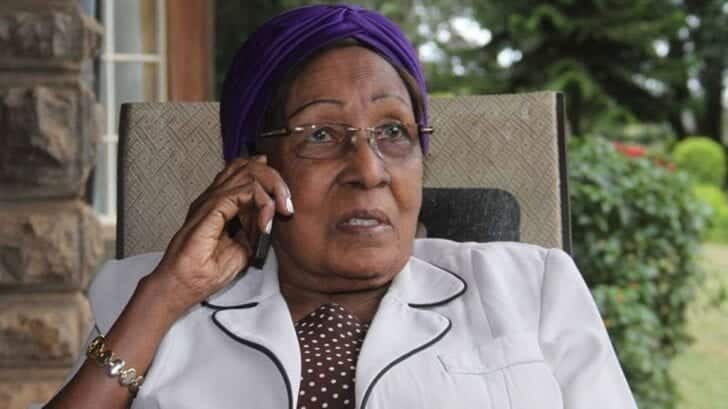 President Uhuru Kenyatta’s brother-in-law Udi Gecaga has renewed a court battle with his stepmother Margaret Gecaga as he seeks to evict her from her home in Muthaiga Estate, Nairobi County.

Court documents show that the late Bethuel Gecaga had transferred ownership of eight properties in Muthaiga to his son Udi, before his demise in December 2016.

Among the properties transferred include Margaret’s Muthaiga home where she lived with Bethuel. Reports also indicated that Udi demanded rent of Ksh9 million, accruing from the time his father died.

In her defence, she pointed out that her husband had suffered from memory loss due to a severe health condition and hence couldn’t have sanctioned the transfer of properties.

She also questioned whether the documents had been prepared by an independent advocate, faulting Udi of hatching a scheme to deny her a share of the multi-billion property.

Jomo Gecaga is more than Uhuru’s relative and has a…

The court battle saw a Tribunal award Udi the rights of ownership of the eight properties. This was upheld by a ruling by the High court which granted Udi ownership rights.

Justice Nzioka of the High Court stated that Margaret had not provided enough evidence showing that the properties were jointly owned or acquired during the time she was married to Bethuel.

“On the issue of whether Muthaiga properties were to be considered to be matrimonial property, the Tribunal made its findings. In particular, the Tribunal found at paragraph 169 that the properties were purchased in the 1960s and 1970s when the deceased was married to his late wife, Jemimah Gecaga.

“Having analysed the findings of the tribunal on the subject issue, I did not find any evidence that it violates or is contrary to public policy,” he ordered.

Bethuel married Margaret in August 2007 though she noted that they had been living together since 1993.

Uhuru’s brother-in-law has been locked in a court battle with Margaret since 2017 after his father’s property was transferred to Quinvest, a firm he manages.