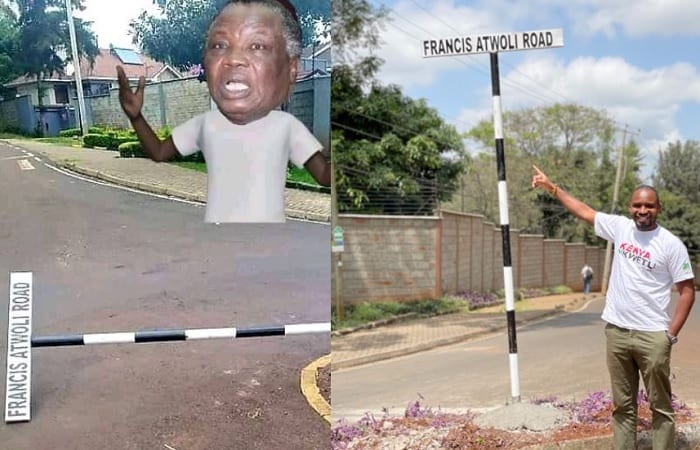 The COTU Secretary-General has reportedly hired three goons to protect the contentious road sign that Nairobi City Hall recently erected in Kileleshwa in his honour. Yes, you read that right…three grown-ass men hired to watch over a road sign. Kenya ina mambo kweli.

This is according to social-political activist Boniface Mwangi, who went to Francis Atwoli road, formerly Dik Dik road.

It’s as if the ‘Unbounded’ author had to see with his thine own eyes the travesty that happened when he was away in Luxembourg to collect his 2020 outstanding Youth Peace Maker award.

“I’m back! I went to see the illegal sign on Dik Dik Road. I find it laughable @AtwoliDza has employed three goons to guard it. Atwoli thrives on violence and intimidation to get his way. His CCTV is goons. We shall avoid confrontations but the sign will come down,” he tweeted.

On Sunday, a few days after Nairobi Deputy Governor Anne Kananu had presided over the renaming of Dik Dik road, unknown people pulled it down.

No sooner had Kenyans celebrated the act of dissent than City Hall re-erected the signpost. This prompted Francis Atwoli to flex his well-known braggadocio in a tweet warning would-be protesters of the illegal road naming.

“The Nairobi County Government has reinstalled the sign. If you think you came from the moon go try remove it again. Also, a CCTV has been installed for the security of the area,” he tweeted.

Take a look at the trio of human CCTVS below. 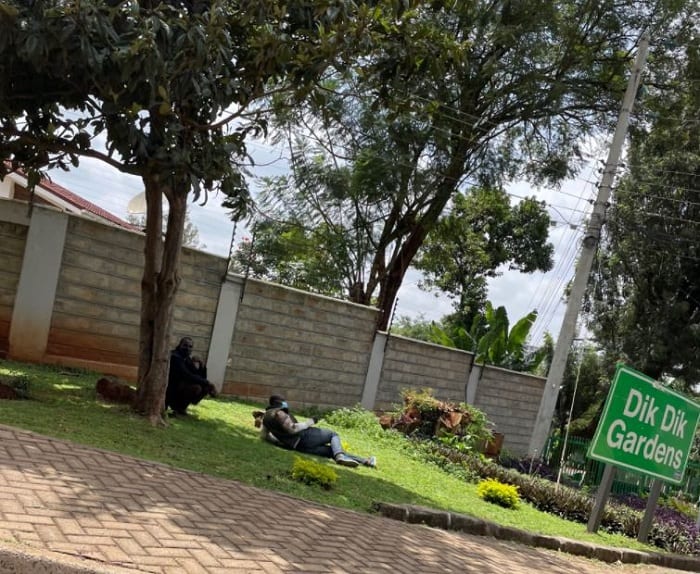