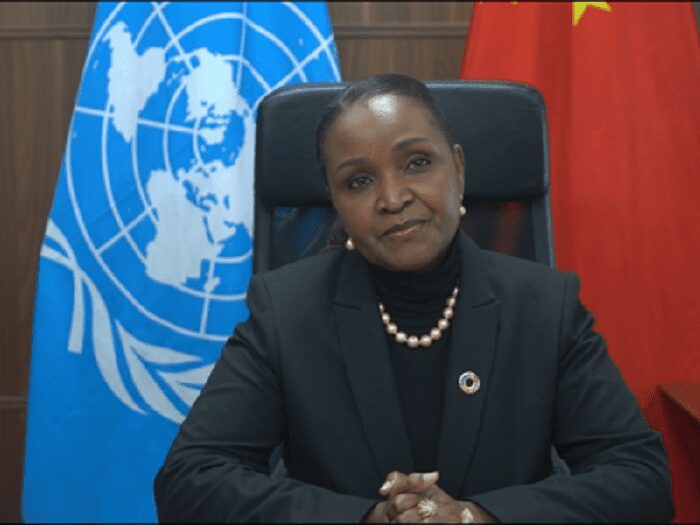 Under the role, Ms Sande will be expected to lead UN activities in Eritrea including ensuring the country is on the right path towards achieving the Sustainable Development Goals and supporting Eritrea’s national response on Covid-19.

Reacting to her appointment, Ms. Sande thanked the UN for believing in her and also thanked the Eritrean government for accepting her deployment.

“Honoured that SG @antonioguterres has appointed me as his representative and that the Government of the State of #Eritrea has accepted. Together with the UN Country Team, I look forward to joining hands with all partners to meet the aspirations of the people of #Eritrea & the SDGs,” she tweeted.

Prior to her appointment, she served in different capacities at the UN including; Country Director and Representative to China, Senior Gender Equality Adviser and Team Leader for Country Support in the UNAIDS Regional Office for Eastern and Southern Africa, UNAIDS Country Coordinator in Lesotho and Country Director in Malawi and Uganda.

Before joining the UN, Ms. Sande had worked for other esteemed organisations including Oxfam, where she served as Regional Manager for Southern Africa, Regional Manager for Eastern Europe, the Middle East and the Commonwealth of Independent States (Georgia, Azerbaijan and Armenia), Deputy Country Representative in Rwanda, and Country Director in Zambia. She also was the Director for the Southern Africa Partnership programme of ActionAid International.

She is a Development Studies Graduate and also has a bachelor’s degree in International Relations.