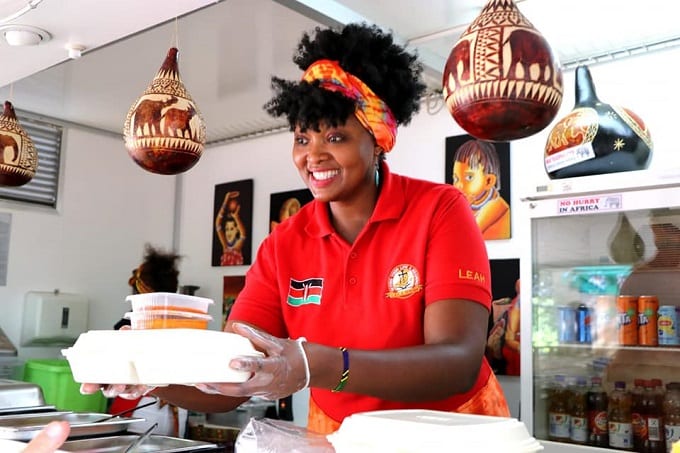 A Kenyan Diaspora woman Leah Mugure Mburu is looking for a good samaritan who helped her to relocated to Germany in 2006.

Leah Mugure Mburu was on the streets of Nairobi in 2006 hawking socks when she bumped into a client who changed her life forever.

The young man, whose name she only knows as Brian, held a conversation with her in which she opened up about her struggles. As much as Brian and Leah were complete strangers, the former informed the latter that he knew of an exchange program that would help her move to Germany.

The much Leah knows is that Brian had returned back to Kenya from India where he studied Law and was working on paperwork to set up his law practice. “He was bald and dark, a Luo, and must have been in his early thirties,” journalist Rono Chonginio, whom Leah contacted with the story, told TUKO.co.ke’s Hillary Lisimba.

True to his word, Brian helped Leah start German classes, which he paid for, then helped her with the immigration process.

The problem was that at the time social media was nonexistent and mobile phones were hard to come by, which saw the two lose contact soon as she relocated.

It has been fifteen years now and Leah is married with children, but memories of that kind stranger she met on Tom Mboya Street still linger over her life.

Leah, who runs a successful catering company, is looking for Brian so that she can invite him to Germany to show him the extent to which his deeds changed her life. “I want Brian and the world to witness the marvellous work God has done in my life,” said Leah. She was also quick to add that the one interesting thing about her would-be destiny connector is that he never showed interest in pursuing her past the assistance he was offering, contrary to what many would have expected.