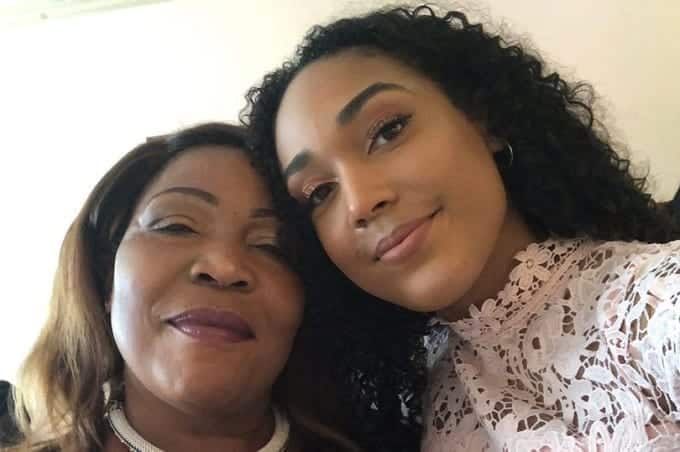 A Kenyan Diaspora woman Mabel Mark died of Covid-19 after distributing PPE in Kenya. Her daughter Kimberly Mark has paid tribute to her mother describing her as “larger than life with an infections laugh”. Mabel Mark who had worked in London for 20 years, died in October last year.

A Croydon woman has paid tribute to her mother, who died after contracting Covid while distributing PPE in Kenya.

Mabel Mark, who was described as “larger than life with an infections laugh” and who had worked in London for 20 years, died in October last year.

After her mother’s passing, 24-year-old Kimberly Mark set up a GoFundMe page to pay for the funeral costs, largely thanks to well-wishers who had been positively impacted by Mabel’s generosity.

Kimberly, who works in Fintech, described her mother’s life as “very much the immigrant story – of someone trying to better their life and their family’s life.”

In 1992, Mabel moved from her home town of Shinyalu, Kenya, to London, where she met her husband, became immersed in the local church community, and set up her own company.

Kimberly told MyLondon her mother’s lifelong dream was to return to Kenya and work with the government, and over two decades later, in 2013, that’s what she did.

Mabel worked on a government committee board, liaising with neighbouring countries, but in 2020 she was pulled into the fight against Covid.

Kimberly told MyLondon how Mabel forged links between the Kenyan government and her church, which in turn directed charity money towards more PPE.

In October, after visiting her sister in Mombasa, Mabel was told by doctors in Nairobi that she had contracted Covid.

Mabel’s sister, Kimberly’s aunt, fortunately recovered, but Mabel, who had an underlying heart condition and had previously suffered from a stroke, died four days later.

“The last time I saw my mum was Christmas 2019,” Mabel told MyLondon. “She calls me all the time and I thought it was strange she hadn’t called me in a few days.”

Kimberly said she didn’t realise her mum had had such an impact on so many people (Image: Kimberly Mark)

Kenya has no national health service, so medical bills were being paid up front by Kimberly’s brother and funeral costs would also prove expensive.

Kimberly said: ” I know she definitely wanted to be buried on her family plot with her mum and her dad.

” It’s a very small village, but there are traditions in the Kenyan culture, such as being able to see people, see the village, let people offer condolences.”

Kimberly told MyLondon everything at the funeral was sterilised, including the grave, as Mabel had been a Covid victim.

However the costs were quickly met by donations to Kimberly’s GoFundMe, which often came with heartwarming messages from those whose lives Mabel had touched.

” I remember this one guy telling us how he came to the UK for the first time and my mum bought him this very nice suit – he had never had anything like that before,” Kimberly told MyLondon.

The family also intends to frame a letter from the Kenyan President himself, who thanked Mabel for her help securing donations from the church.