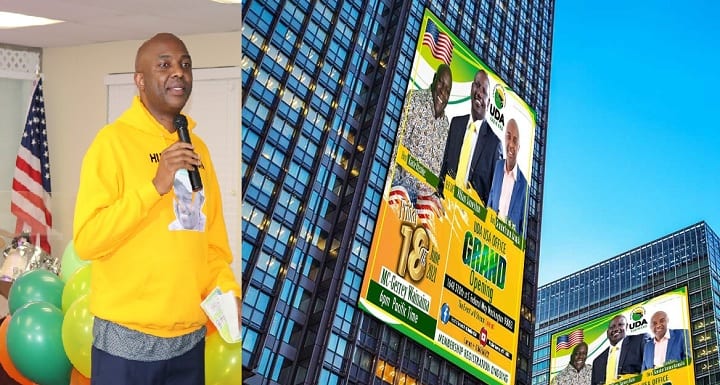 After the  successful launch of the UDA Party in Seattle Washington , Kang’ata indicated that the party is looking at opening an office in London.

According to Kang’ata, plans are in place for the London office to be unveiled in August 2021.

“UDA is an international party with a cross border agenda. I explained import of my Kenya Citizenship and Immigration Act Amendment Bill 2020 and UDA position on the ongoing Kenya-US Free Trade Agreement negotiations. I got an invitation to launch UDA London office in 2021 August… London branch is loading,” Kang’ata said.

The DP reportedly promised to create a ministry dedicated to diaspora affairs, arguing that Kenyans abroad contribute immensely to the economic development of the country.

“We believe that the diaspora should also participate in the politics of our nation. There is no reason why the diaspora does not have representation in government

“…a clear ministry that strictly works on matters to do with the Kenyan community in diaspora. You should an opportunity to contribute. There is no taxation with no representation,” Ruto said as quoted by a local daily.

Meanwhile, UDA is currently conducting sensitization meetings aimed at building a fan base across the country ahead of the 2022 elections.

On Saturday, DP Ruto and his team traversed West Pokot and preached the Hustler Nation ideology.

Are You Living by Christ’s Resurrection Power?