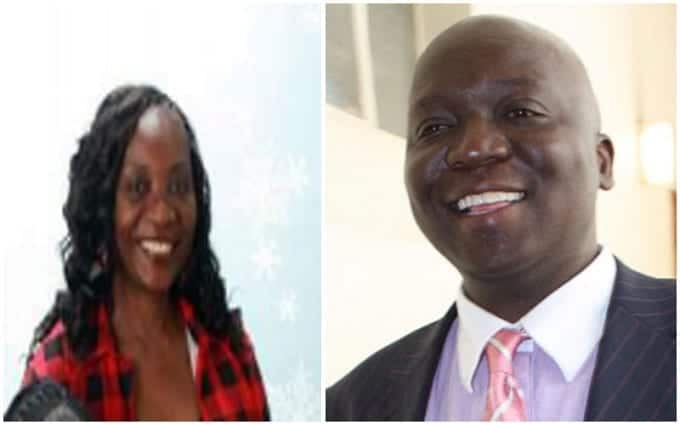 Jakoyo Midiwo was a family man married to three wives, Betty Muganda, Dr Rose Olayo and Jackie. He is well described a man of the people who expressed his political position irrespective of whom it landed to. He stood his ground irrespective of the ties he touched.

Betty Muganda is the first wife to the late Jakoyo Midiwo whom he met in 1990 at the Columbia University in Washington DC when they were all both pursuing undergraduate courses. According to Betty, it was love at first sight untill the untimely death of her beloved husband.

The second wife to Jakoyo Midiwo is Rose Olayo who is a lecturer at the Masinde Muliro University. They met in 2005 when they travelled together from Amsterdam. She is a lady who really has been his pillar as well giving him comfort when the rest of the wives are not around.

Prior to his two marriages, Jakoyo was involved in a love relationship with a woman identified as Jackie. They sired a son, Allan Henry. According to K24, Jackie remembers Midiwo as a strict father, a value that she will live to remember and appreciate. “I recall when Allan was graduating with his Master Degree in 2017, you called him while we were shopping for his graduation suit. You asked to speak to me and your words to me were “you are a good woman”. I, in return, thanked you for having authoritatively ordered him to graduate in the year without fail,” she said.

Condolences to Betty, Jackie and Rose for always being there for Jakoyo Midiwo and ensuring the family remained focused on things that matter. May the Saul of their husband Jakoyo Midiwo also rest in eternal peace.