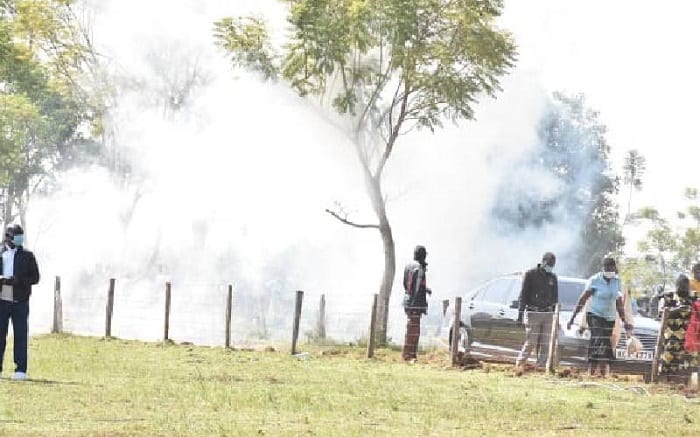 The burial turned chaotic after mourners were denied from viewing the body of the late Gem Member of Parliament.

Hundreds of mourners turned up for the burial ceremony of the late former Gem Member of parliament Jakoyo Midiwo.

Area residents started streaming at Ndori primary school where a short ceremony is expected to take place in the morning.

ODM leader Raila Odinga is among the mourners expected at the event. The vocal ODM politician died of a heart attack on June 14.

ODM Communications Director Philip Etale made the announcement on Twitter urging the public to pray for the family.

The ODM part party eulogized Midiwo as a gallant soldier who never shied away from speaking the truth.

“Sad day for our party. We have just lost a gallant son of the soil, a founder member of the Change Movement & a three-time Member of Parliament for Gem Hon. Jakoyo Midiwo. He was a defender of the party & never shied away from speaking the truth. To the family, we say POLE SANA,” ODM tweet reads.