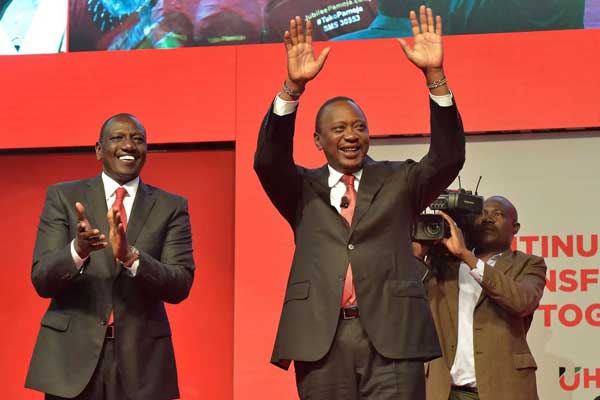 MPs are seeking to amend the Lifestyle Audit Bill, 2021, that will enable Kenyans to have access to the wealth information of all civil servants.

President Uhuru Kenyatta, his deputy William Ruto and the Cabinet’s individual net worth (which is an accounting of income, assets and liabilities) will be published if the lawmakers adopt the bill.

The MPs want to scrap section 30 of the Public Officer Ethics Act of 2003 that protects civil servants’ wealth from public scrutiny.

All self-declared wealth declaration forms will be available online at the Ethics and Anti-Corruption Commission (EACC) website. It is believed that the bill will aid in curbing corruption, a vice President Uhuru Kenyatta has spoken against in his last term in office.

“The contents of a declaration or clarification (on income, assets and liabilities) under this Act shall be accessible to the public.

The Auditor-General has for years flagged off wealth declarations of many civil servants who were roped into fraud and embezzlement. The Asset and Recovery Authority (ARA) and the EACC, however, have always felt challenges in ascertaining the true value of the suspect’s wealth.

Current laws dictate that civil servants ought to declare their wealth after every two years. Nonetheless, the contents of their documents have always been hidden away from the public eye.

One risks a two-year jail term, Ksh5 million fine or both if found guilty of providing false information.

In 2019, a similar proposal was shelved by MPs in Parliament after it failed to meet its review timelines. Both bills were sponsored by Nominated Senator Farhiya Ali Haji.

“All the governors and Cabinet Secretaries will be audited after the two of us (Uhuru and Ruto) before all other Government officials are subjected to the same exercise.

“We are aware some of these corrupt individuals have registered their wealth, including cars and houses, in the names of their spouses and children. We will go for them also,” the President supported the proposals in 2018.