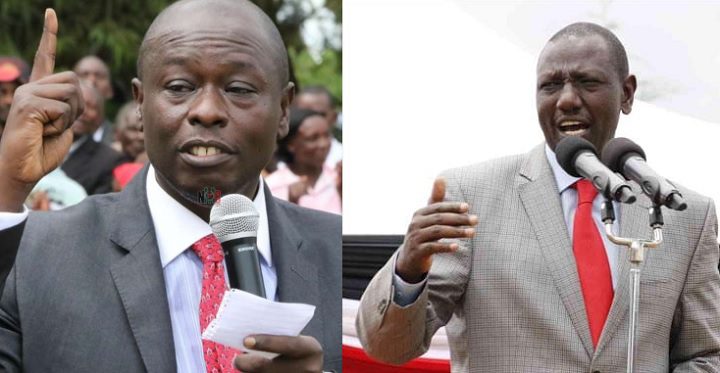 In his twitter handle, the DP said Gachagua is being punished because of his association with him.

“My bro Gachagua, I know you are strong because we knew this politically instigated trumped up charges were coming. This persecution on account of our friendship and political beliefs will come to an end. They have connections, networks, pedigree and godfathers but we have GOD our Father,” the DP tweeted late Friday hours after Gachagua’s arrest.

The legislator was arrested Friday from his Nyeri home by detectives from the Directorate of Criminal Investigations (DCI) who whisked him to Gigiri Police Station where he spent the night.

Sources say he will be charged on Monday following a corruption-related investigation. There was no official statement or comment from the DCI Director George Kinoti or his office on the matter.

Pastor Dorcas Wanjiru Rigathi Could Soon Be Second Most…

He had been in the past grilled by the DCI over claims of money laundering amounting to hundreds of millions.

Gachagua has denied the claims and termed them political.

His lawyer Wahome Gikonyo said he was just picked and not told what he was being arrested for.

A section of his supporters held demonstrations soon after the dawn arrest and blocked the Nyeri-Nairobi road terming the arrest as political due to recent defeat of the Jubilee at the Kiambaa by-elections which was won by the United Democratic Alliance (UDA), a party associated to the DP.

“We know our MP has been arrested due to his political stand and not because of corruption as it is claimed. We are demanding for his immediate release as he is innocent.” said one of his supporters.

Police officers had a hard time restoring normalcy On the busy highway and could be seen clearing burning tyres.

Gachagua is an ardent supporter of DP Ruto and was on the forefront during the Kiambaa by election last week where Njuguna Wanjiku of the UDA won.

The votes difference between the two was 510 and Jubilee insists it will push for a re-count.