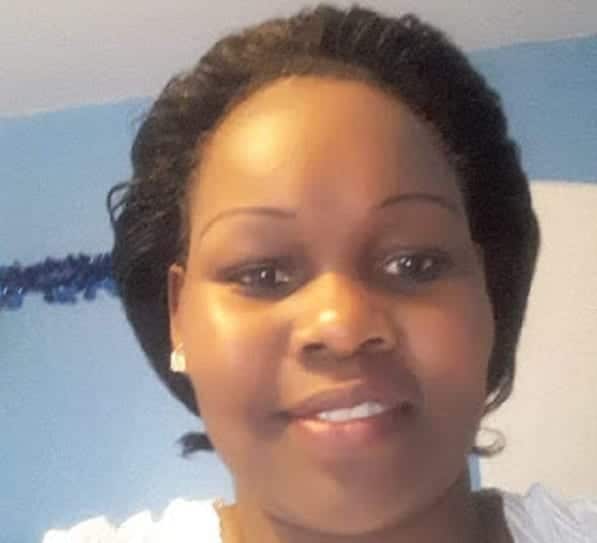 Corporal Caroline Kangogo interacted with a matatu driver at Iten and sent a message to her brother before travelling to her parent’s home in Anin, Elgeyo Marakwet County.

Two residents – close members of the family – who spoke with Kenyans.co.ke on condition of anonymity claimed that they interacted with the fugitive on Thursday, July 15. The duo is the one who linked Kenyans.co.ke to Kangogo’s father.

One of them detailed that Kangogo approached him on the eve of her death and wanted to board his PSV to Anin, her parent’s home.

“She didn’t speak with me. She searched the vehicle from the driver’s seat to the back. I suspected that she was Kangogo because she was shy and kept hiding her face when I spoke with her.

Caroline Kangogo’s Detailed Suicide Note on Why She…

“She had a face mask and had also covered herself with a maroon scarf. She stood behind my matatu for a while before she left but came back and boarded another matatu,” the source narrated.

He added that he sounded an alarm and informed his colleagues that he had identified the suspect as Kangogo, a familiar police officer in the area and one they had engaged with quite often.

“I was castigated and everyone assumed. I reached out to a police officer via phone call and informed him that I had spotted Kangogo,” the driver detailed.

The said officer, who was in Nairobi and not in Elgeyo, reportedly told him that Kangogo withdrew money from a Police Sacco in Nairobi on Thursday, July 8.

The driver explained that he feared reporting the case to the nearest police station owing to the wrangles between PSV operators and police in the region.

“They harass and at times misinterpret our statements whenever we report cases,” he alleged.

They (detectives) were also aware that Kangogo sent a message to her brother who was wary of her whereabouts.

“She told the brother that ‘I am safe where I am’,” he added.

On Friday morning, July 16, the two eyewitnesses added that they saw a contingent of police officers rushing towards Anin, Kangogo’s home after they heard that she had committed suicide.

“She shouldn’t have committed suicide. I spoke with her friends from Elgeyo Marakwet who told me that the men she allegedly murdered owed her Ksh2.7 million.

“Caro should have taken the case to court rather than taking this deadly path,” the other resident stated.

He added that the officer arrived at her parent’s home at 5 am, on Friday, July 16 and headed straight to the bathroom where she allegedly took her own life.

According to the commissioner, the police didn’t have information on whether she spoke to the parents as she appeared out of the blue.

Kenyans.co.ke reached out to her father, former police officer, Barnaba Kibor, but he declined to comment on his daughter’s death and asked that he and the family’s privacy be respected.

“I have nothing to say at this moment,” a distraught Kibor stated after allowing Kenyans.co.ke to wish his family strength and fortitude to bear the loss of their daughter.

The fugitive was wanted for the death of two men; a police officer John Ogweno in Nakuru County and security expert Peter Ndigwa in Juja, Kiambu County.

She left a suicide note explaining that she fell out with the father, husband, a Nakuru OCS and the two men she killed.