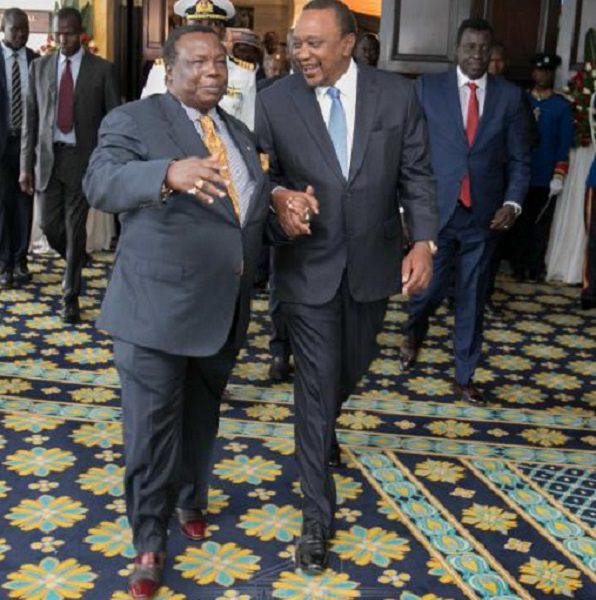 In a statement on Friday, August 13, COTU announced that Atwoli had been appointed chairman of the Global worker’s Awareness Fund that is based in Sydney Australia.

Atwoli takes over the role for a period of three years with the main objective being to create awareness on social economic and political issues.

The role escalates him at the top of the decision-making table affecting the welfare of workers.

The new role is in line with standings enshrined in the International Labour Organization, which is a United Nations Agency devoted to promoting social justice and internationally recognized human and labour rights, pursuing its founding mission that labour peace is essential to prosperity.

“COTU (K) Secretary-General Francis Atwoli was today elected as the chairman of the Global Worker’s Awareness Fund that is based in Sydney, Australia, for the next three years. The objective of the fund is to create awareness on social economic and political issues,” COTU wrote on their social media page.

On June 14, 2021, Atwoli was re-elected for a fourth time as a Member of the International Labour Organization, ILO Governing Body which is based in Geneva, Switzerland.

The re-appointment placed Atwoli at the decision-making table championing for the rights of workers across Africa.

In May 2018, he was elected as the Member of ILO at a conference held in Switzerland. The election came after the President of the International Trade Union Confederation (ITUC) Africa region, Mody Guiro and other 5000 delegates endorsed him.

On April 9, 2021, Atwoli was re-appointed for the fifth term in office as COTU Secretary-General. He was re-elected unopposed. This granted him another five-year term in office.

Atwoli has served the union since 2001 when he took the mantle of leadership from the late Joseph Joy Mugalla.