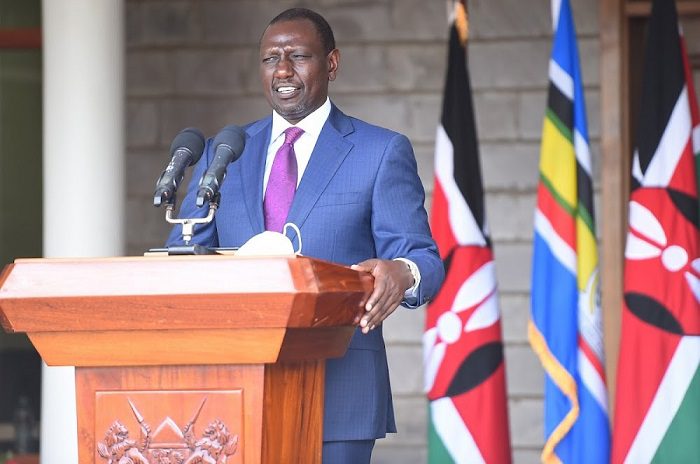 Kapseret MP Oscar Sudi and MP Ndindi Nyoro claims that  DP William Ruto was humiliated by the immigration officers who said they had orders from above.

Kiharu Member of Parliament Ndindi Nyoro further said that in he botched trip to Uganda, Deputy President William Ruto was requested to identify himself and provide basic documents despite being the country’s second in command.

Addressing the media shortly after landing in Uganda alongside Kapseret MP Oscar Sudi, Nyoro said the DP was humiliated by the immigration officers who said they had orders from above blocking him from leaving the country, since he had not gotten the relevant clearance.

Nyoro claimed that the DP made several phone calls seeking the alleged clearance, and at one point, the officers on the other side were heard requesting him for a letter from the chief and his birth certificate.

“I have never seen the DP humiliated to such a level. We could hear them on the phone saying that he should indicate who he is. One time they wanted a birth certificate, then his ID, even a letter from the chief. This is not the kind of Kenya we should be proud of,” he alleged.

According to Nyoro, the immigration officials also demanded clearance for them to travel, but the leadership of Parliament intervened, and they were eventually allowed to travel after allegedly spending over four hours at the airport.

Following the setback, the DP went back to his Karen residence and later tweeted “Isorait…Tumwachie Mungu”.

A Diaspora giving back to the needy in Kenya

Promotion to glory of Ken Kariuki Muiruri,brother to Maggie Muiruri

Kenyans in the UK Plug into Mobility That Brings Smile

Photos:Uhuru arrives at ICC courtroom amid cheers from supporters