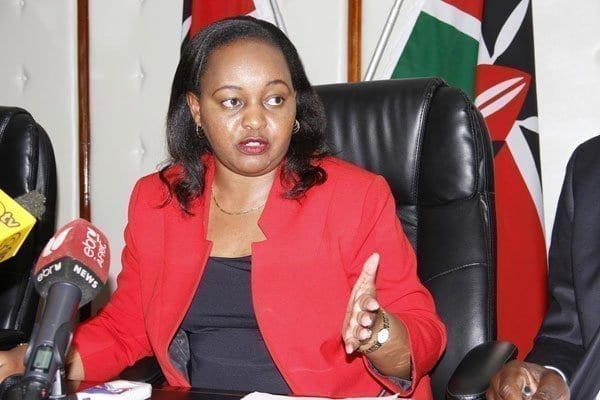 The Kirinyaga Governor mentioned that she would assess what the ground looks like before deciding on the party and position she will vie for in next year’s election.

Waiguru noted that it is a bit early to decide on a political party and a move right now would be unlikely.

Sunday, September 5, politicians allied to DP Ruto and UDA welcomed Waiguru to Hustler Nation. This is after she raised concerns on the nature of a raid at her county offices by the Ethic and Anti-Corruption Commission (EACC).

On Saturday, September 4, Waiguru alleged that her offices were raided after she claimed to take a sabbatical from the Building Bridges Initiative (BBI).

The Kirinyaga governor revealed that she had been summoned by EACC on allegations of failing to pay a debt of Ksh52 million.

She questioned the nature of the raid, whether it is a political witch hunt in an attempt to shape succession come 2022.

UDA Chairman Johnson Muthama stated that the “deep state” has weaponised the fight against corruption, urging Waiguru to join UDA.

“The ‘WEAPONIZED FIGHT against CORRUPTION’ is on another level in this Country. Immediately, @AnneWaiguru’s eyes were opened to know the only Party FORMING the next Govt is UDA, Deep state released EACC to HARASS her. AMAZING!” he said.

Soy MP Caleb Kositany asked the Kirinyaga Governor to take the bold step and join the UDA side.

“No situation is permanent, take the bold step,” said Kositany.