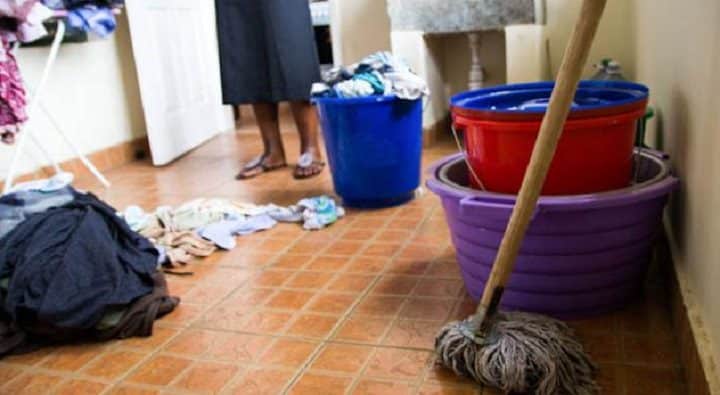 Grace worked as a housemaid in Abu Dhabi, where she had gone to seek greener pastures. And Although the pastures were greener on that side, it came with a price. The price she paid was that she perpetually pined for her family back in Kenya.

She hailed from Malindi and was the youngest of three sisters. She was fresh out of high school when she found the opportunity to work abroad. The agent who processed her work permits, and visa assigned her to work for the family of a Policeman. Her only companion in Abu Dhabi was Diana, a girl who worked in different houses in the same estate.

They were village mates back in Kenya, and in their free time, they conversed online. They chatted in their mother tongue which grounded their identity. They mostly discussed home affairs, and their adventures at work, and if one of them was offline during their nocturnal chats, they made sure they checked on each other.

Their bond was cemented by the fact they were all single mothers, and had left their kids back in Kenya. 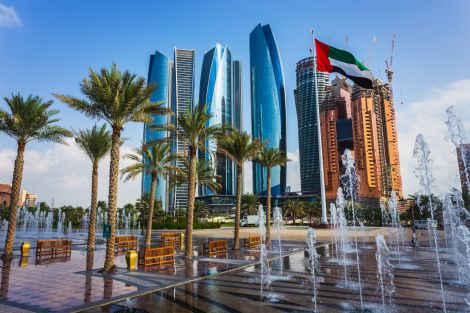 In the foreign land, Grace’s employer was a Sergeant in the police force, and his wife was a psychotherapist. They had three children; two sons, and a last-born daughter.

The eldest son had moved out, and because of their parents’ tight schedules the other two required a helper, and Grace fulfilled the requirements. Her daily schedule was dynamic, as it depended on her bosses routines, but her main priority was the kids.

She often accompanied them to children’s parks and joined in their frolics. Her work was literally all fun and games. It surprised her that most parents allowed their kids to play in the parks at night.

The first night she took the kids to the park, she met with Diana. They had not seen each other for months, and after they tightly embraced each other as if to quench the thirst inside their hearts, they sat on the park bench and watched as kids played.

Grace gave Diana a momentary glimpse, saw the sadness in her eyes, and asked about her relationship with her employer. Diana grimaced and her expressions exposed the tip of an abuse iceberg. She then said she was tired of housework and would prefer a job that challenged her mentally. In reality, She was tired of how she lived on the leash of her rich employers who constantly argued, the reason being the wife had not borne a child.

They projected their frustrations on her, and the repercussions it had on her mental health were dire. Her most depressing memory was when she was made to wash the carpet before she slept, and so she washed till midnight since the carpet was huge.

Her friends normally narrated positive things in relation to their bosses. She did not understand why she was so unfortunate as to land such a nagging employer. But she knew if she gave up, her son back in Kenya would suffer the most.

She had left him with her parents who took care of their grandson. They were proud of their daughter for She had proved to be a responsible mother, and was the first in the family to ever travel and work abroad.

She sent upkeep money every month, but she had defaulted from the routine for almost three months. This trend worried her parents, and whenever they contacted her phone went on voicemail. And the days when the call went through they’d hear the sadness in her voice even though she claimed she was okay.

The day she met with Grace at the park was the first time she shared her work experience in detail, and cried a river afterwards. The talk cleared the fog in her mind, and she decided she had to take the right course of action, which was to be or not to be a housemaid in the Middle East. It all depended on her employer’s verdict.

When she went back home that particular night, she took the bull by the horns and confronted her employers in the TV room, where she took a seat and summoned their attention. She explained to them how her current routine left her exhausted and sickly, and that she would be more effective if she took breaks in between chores.

When she concluded her request, the couple guffawed at how funny her broken Arabic sounded. But the verdict they gave was in her favour. They confessed they had spent a fortune in hospitals in their attempt to conceive, and that’s why they had defaulted her payments. That night they all ate at the same table, and for the first time, they questioned her about Kenya.

She told them how she missed home, and when she mentioned she had a son they gasped with glee. They smiled and promised they’d pay the Ksh250,000 (8,353 Dirhams) deficit salary they owed her. When she received  the next day through bank transfer from her boss, she leapt with joy, and ran to her bedroom and called her Mother.

“Hello baby, are you okay? we have been trying to reach out to you with no success”

The affection in her mother’s voice made her break down and cry, and amidst the tears she replied.

“I have been busy of late, but everything is good”

“Then why are you crying? Has anyone mistreated you?”

“I understand baby, but things are not that good here. Did your boss pay you yet?”

“Of course Mum, that’s why I called, I want to send you money for upkeep.”

“God bless you child, but we are far away from the bank, so you will have to send it to your uncle who is in town so that he can withdraw it for us”

“Mum that is not necessary, especially since you have a Co-op account you can just visit the nearest Co-op Jirani agent to withdraw the cash, and even pay my sons fees without any charges. The agents are open 7 days a week so you can transact with them any day ” She said.

“That sounded easier than I imagined, If it were not for you I’d be stuck in the analogue world” They both laughed, and bid each other goodbye.

Diana then called a friend and updated her on the recent turn of events. Grace was delighted by the news that her friend was back on her high horse, but she later confessed that she planned to quit her job and use the money she had accrued to start a cosmetics shop in Kenya.

She knew it would be hard for her boss to let her go, but the departure would do her more good than if she stayed another year. She was not ready to be an absentee mother, especially If she could help it, and as she was about to go to bed that evening, she discussed the issue with her madam.

The madam was a mother, and a psychotherapist, and so she was empathic, and understood the turmoil Grace underwent. She agreed to let her go, and even helped her with the travel arrangements, and made sure the agents who had facilitated her arrival in Abu Dhabi cleared her.

Once she landed in Kenya, she opened a cosmetic shop that operated in her home town.

Business favoured her and she had to employ two assistants to help her run it. As she went to deposit the week’s profits at her usual Co-op Jirani agent, she stumbled upon Diana’s Mother, whose face glowed with youthful exuberance.

She was there to withdraw money sent to her by her daughter. Grace greeted her and they talked about Diana. She then commented about her youthful glow, and proficiency with mobile banking, and she simply replied. “I was analogue, now I’m digital”.