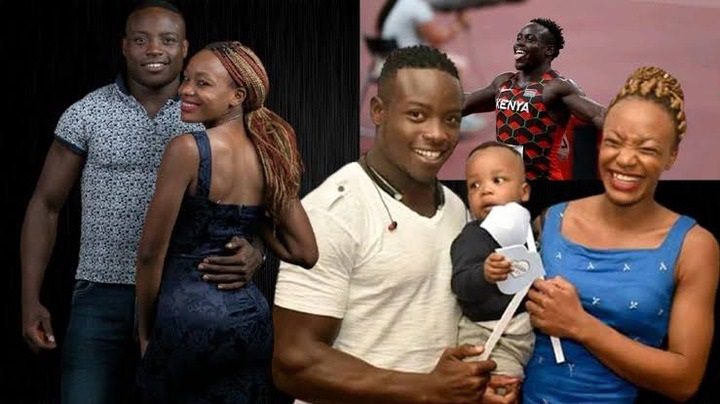 The fastest man in Africa Ferdinand Omanyala has revealed that his wife Laventa Omanyala used to pay rent and other bills and it is time to give her everything she needs.

During the Odi Bets live event that was being aired on NTV, the fastest man in Africa Ferdinand Omanyala has opened up and informed the public that his beautiful wife Lavender Omanyala was the one paying the rent and footing other bills when he had nothing.

During the event that was held to appreciate the champion, Ferdinand Omanyala further disclosed to the public that his wife would also massage him with warm water after his exercise, to relax his muscles. Ferdinand further stated that it was time for him to give his wife everything she wanted, now that he is able to afford it.

The two have been blessed with one son.Laventa Omanyala also thanked Odi Bets for believing in her husband during her speech. Odi Bets have also gifted Omanyala a brand new harrier car. His father was also given a cheque to appreciate him for standing with his son.