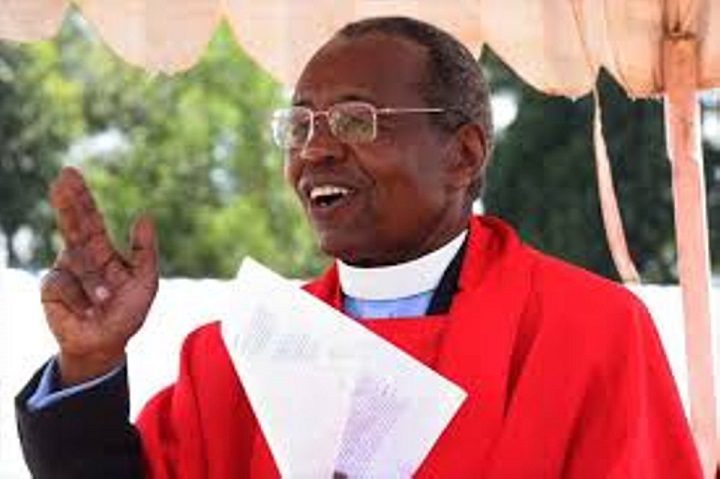 Finally Kenyan pastors are waking up to the need for understanding the role of the church in a political environment. For a long time, those who should have articulated the theological position on these issues were themselves married to the political ‘Harlot’ and were blindfolded by her ‘loot’ to be able to care about educating the congregation on matters of doctrine. The PCEA minister, Timothy Njoya is a ‘guru’ when it comes to this kind of contradiction. His role in Kenya’s political process is without doubt legendary. He was beaten by the late President Moi’s police force for standing with environmentalists such as Wangari Mathai and was a thorn in the side of the Moi Administration during the fight for multiparty democracy in our Republic.

Timothy Njoya has lived up to his Princetonian education, having graduated from Princeton Theological Seminary, and indoctrination with what is known by those theologians who graduate from schools such as Harvard Divinity School, Yale Divinity School, and Princeton as ‘liberation theology’. Liberation theology is a South American philosophy that is espoused by Roman Catholic Dominicans and Jesuits, including the Father of Liberation Theology Gustavo Gutierrez himself as well as Jose Miguez Bonino. It emphasizes liberation from social, political, and economic oppression as an anticipation of ultimate salvation and goes so far as to command liberation of all oppressed peoples, even if this means using violent tactics. The difference between those of us who are Evangelicals and those who espouse liberation theology is profound. I will state that the PCEA in Kenya does not support Njoya’s theological orientation. The Kenyan Presbyterian Church is affiliated with the Evangelical position of the late PCEA Moderator John Gatu. Gatu’s theology was influenced by The Rev. Johanna Nyenjeri (Kijabe-1885-1984) and the Kijabe Jubilee Movement of the 1950s: Gatu was an Kijabian Evangelica.

Evangelicalism is a theological position built upon the idea that the Church’s mission is evangelism with the goal of salvation through Jesus Christ—the act of being born again. Evangelicals are represented by work of Rev. Billy Graham of (Billy Graham Evangelistic Ministry), Rev. Timothy Kamau of (Biblia Husema Studios, Kijabe), the Christian Union Movement in Kenya and those street preachers of the 70s and 80s who packed Uhuru Park with loudspeakers and called people to be ‘born again’. This is a legitimate mission based upon the work of Christ on the Cross-and His command to his disciples as recorded in Mathew 28:19. “Go ye therefore to all the world to make men my disciples, baptizing them in the name of the Father, the Son, and the Holy Spirit, teaching them to observe all that I have commanded you.” This is what we call evangelism, which comes from the root word ‘evangel’ meaning ‘good news’.

The Rev.Timothy Njoya is also Evangelical. But his personal evangel is blurred by his ambition and social contract with liberation theology. Njoya and I ministered together in Ngong Hills. He was the minister assigned to PCEA Ngong when I was the minister serving under AIC Ngong District Church Council (On’gata Rongai, Kesirian, Matasia, and Ngong Hills) between 1985 and 1987. He was a great mentor and all his young people attended my youth group services at AIC Ngong Hills given that his church did not have a vibrant youth program. We met several times for prayer and Njoya truly is a

prayer warrior and personally believes in the idea of being ‘born again’. He encouraged the youth and others to be born again.

Given this therefore, it is sad to listen to him on “Jeff Koinange Live” calling politicians ‘thugs’ for attending church and contributing money to the church. He argued that politicians should not be allowed to give money for church purposes. Yet, when he was the minister in charge of St. Andrews Presbyterian near the university of Nairobi Campus in the 1980s and 1990s, Beth Mugo and many other politicians, including Mwai Kibaki, Kenneth Matiba, and the elites who were fighting for multiparty democracy during the reign of the late President Moi, attended his church and gave money. He welcomed their money back then. Why then is it wrong for William Ruto and his group to give money to the churches they attend! Are the politicians who attended his services more spiritual than those who now follow William Ruto.

It is never easy for children to criticize their parents. Timothy Njoya and I go a long way back theologically. He was the guest speaker at my seminary graduation in Kenya. I had him on my weekly radio program “Point of Interest.” We have had much discussion on the constitution when he was part of the Bomas constitutional consultants. But it is necessary to point out when ‘parents’ contradict their ethical, moral, and theological stands. William Ruto has consistently been a churchgoer. He was part of the AIC youth evangelism and a member of the Kenya Christian Union Movement. He states he is ‘born again.’ Should he not attend church? Should he not tithe to the church?

I have been consistent in that argument. Politicians can and should attend church. Jesus said ‘the tares and the wheat’ should be let alone. Jesus will personally sort it out at the end of time. And while attending church, why shouldn’t politicians give money to the church. My theological position going back to my refusal to have politicians on my weekly Biblia Husema Studio programs is that while they are in church, they should not be given the pulpit. The pulpit is sacred, like the podium the President uses. Not everyone can stand on the podium with the seal of “The president.” For when the president speaks, he is the authority representing the Kingdom of Man. An ordained position sanctioned by God (Romans 13). And the pulpit is ordained for the “evangel,” which is sanctioned by Christ Himself “I will build my Church and the Gates of Hell shall not prevail against it.” The church pulpit is for proclaiming the evangel.

Rev. Timothy Njoya is contradictory when he criticizes DP William Ruto. In this Kenyan political era, he should be theologically consistent. In fact, he should support the hustler movement the way he supported Wangari Mathai, multiparty democracy, and the constitutional reforms in Kenya. Ministers of the Gospel of Christ must remain doctrinally consistent. His Princetonian theology should support the poor and those oppressed by poverty the same way it supported Wangari Mathai and the multiparty movement. That is the call of his ‘Princetonian Liberation Theology.’ As for me, I remain committed to biblical, Evangelical theology as a Pauline theologian.