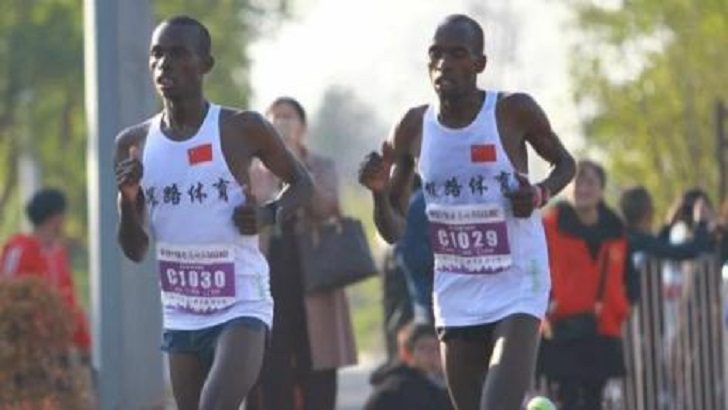 Kenyan athletes who won a marathon in the United States of America but were denied cash prizes for their own blunders have finally been compensated.

Elijah Mwangangi Saolo and Christopher Kipyego were leading the marathon race in the US on Sunday, September 26 before they followed a volunteer guide who led them off their marked track.

However, in a turn of events the race director has recompensed the men Ksh221,000 each.

Breaking his silence on losing out on the cash prize, Elijah stated that he was disappointed after a guide led them off the track.

“I was winning the race but the guide took us the wrong way, this would have changed my life,” he expressed.

Always believing in himself and God, Elijah went further to declare, “There is nothing we can do. It is all part of God’s plan.”

He was understandably upset but kept his faith that things would improve.

His luck changed when the race director called him and Kipyego to reimburse them.

Losing the race also came as a blessing in disguise for Elijah who was appealing for financial assistance to support his family who are also in the US.

He had started an online fund drive and surprisingly well-wishers contributed a whooping Ksh613,717 surpassing his initial target of Ksh221,000.

The organisers of the competition went ahead to argue that the athletes had been familiarised with the track a day before the race.

After being compensated Elijah noted that he will assess the toll on his body and weigh the options for running another race before his tourist visa runs out.