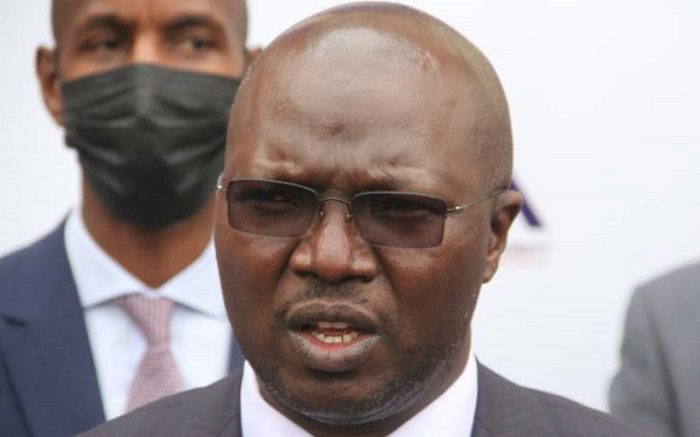 Officers from the Ministry of Labour will travel to Saudi Arabia to address cases of mistreatment of Kenyans working in the Middle East nation.

Labour and Social Protection Cabinet Secretary Simon Chelugui said during the visit next month, Kenya seeks to address the mistreatment of her nationals once and for all.

Chelugui said the two governments would sign a bilateral agreement on laws governing the employment of Kenyan immigrants in Saudi Arabia.

“We want to go to Saudi Arabia and meet their officials and find a solution to this problem which has been a major concern in the government,” said Chelugui.

The CS was responding to Central Organization of Trade Unions (COTU) Secretary General Francis Atwoli, who accused the Ministry of failing to protect Kenyans employed in Saudi Arabia.

Atwoli said most Kenyans in the country were being treated like slaves, adding that the rate at which Kenyans were being killed was alarming.

But Chelugui said Kenyans mistreated in Saudi Arabia were immigrants sneaked out of the country by unscrupulous employment agents.

He said those recruited by such agents had no proper documents to enable the government to process their return.

Chelugui said the government had signed a bilateral employment agreement with Qatar, which has adopted Kenyan laws to protect labour immigrants from the country.

He said the government was also planning to amend immigration laws to regulate those leaving the country to go and work in foreign countries.

“We want to manage immigration of Kenyans seeking employment out of the country so that Kenyans going to work in other countries are safe in those countries,” said the CS.

Chelugui assured the board of directors recently appointed by the government as new directors of the National Labour Board will be gazetted soon.

He also praised directors of the National Social Security Fund (NSSF), whose term recently expired. He said the board members brought order to the organization, which was now doing well financially.

Atwoli had also criticized the government’s decision to remove social protection from the Ministry of Labour. He argued that the issues surrounding it was dealing the labour matters and thus should have been left at that Ministry.

“I was shocked to learn that social protection docket was removed from the Ministry of Labour,” said Atwoli.