When Dr Catherine Nyongesa was a student at the University of Nairobi in the late 90’s, she also doubled up as a caregiver to her sister, Cimmonne Nyongesa, who was suffering from uterine cancer.

She was so traumatized by the experience that she took it upon herself to specialise her studies in Oncology in a quest to make a difference to as many cancer patients as possible.

Her zeal and passion drove her to captain one of the largest cancer treatment facilities in the country.

Below is the story of the celebrated Oncologist.

Nyongesa was born in Ebosiso village in Bungoma County. She is the first born in a family of 10.

Her parents were financially constrained and struggled to cater for the needs, and those of her nine siblings.

“My mother was unemployed. She was a class five dropout. Education was the only key to life. I used to trek to school every day,” Nyongesa stated in a past interview.

Her challenges did not stop her from working hard. In fact, her background greatly gave her the zeal and the drive especially in school where she worked tirelessly.

Her good performance, both in primary and secondary school, saw well-wishers chip in and help her achieve her dreams.

After her stellar performance at Misikhu Girls Secondary School, Nyongesa was selected to study medicine at the University of Nairobi.

She graduated in 1995 and worked in several hospitals until 2002 when she left the Country.

Nyongesa left for South Africa, where she pursued a masters in Oncology from the University of Witwatersrand and graduated in 2006.

“I wanted to be a cancer specialist in order to play a part in making a difference in as many cancer patients as possible,” she said.

After her studies in South Africa, Nyongesa jetted back to the country with the bold idea of starting a cancer care centre.

She realised a gap in the health provision to cancer patients. She noted that patients were unable to promptly access specialised cancer treatment services due to lack of knowledge of the disease, right doctors or where to find the services with ease.

Her quest to bridge the gap saw her take a Ksh100 million loan to start Texas Cancer Centre in 2010. Her dream of having a centre had finally come true.

The risks seems to have paid off in folds as the facility is now valued at over Ksh1 billion.

The clinic is funded by MD Cancer Centre in Texas, US as well as other donors. Some of the known donors that have visited the hospital and made contributions include American rapper Rick Ross and Jamaican Dancehall artist De Marco among others.

The centre aims to provide individuals with quality care by availing personalised services.

“At Texas Cancer Centre, we understand the numerous variables involved in cancer treatment, as result, we have developed comprehensive and patient-centered treatment plan that takes into consideration the complexity of the treatment choices,” reads an excerpt on the hospital’s website.

Cancer treatment has proven to be very expensive and most patients are unable to cater for the expenses. Ngongesa says that she has subsidized costs at her hospital but some patients still find it unaffordable.
Achievements

Nyongesa prides herself as being the first first female radiation oncologist in Kenya.

According to a 2018 Knight Frank Wealth Report, Nyongesa is considered among the 23 women in the country who are now billionaires.

When she is not at her office running the hospital, she is either coordinating the KNH Cancer Treatment Centre or teaching UoN medical students.

After her Masters degree, Nyongesa met with a husband, who is a pharmacist. Together, they have three children. 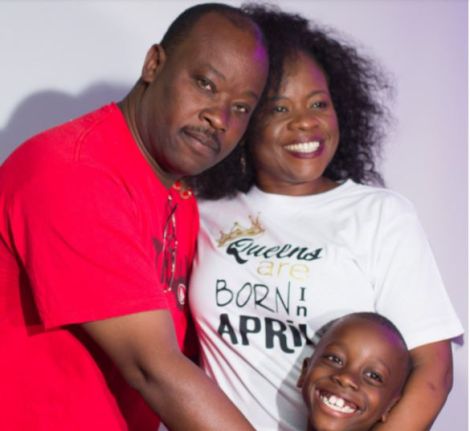 Dr Catherine Nyongesa, her husband and child pose for a photo during her 50th birthday in 2019
TEXAS CANCER CENTRE

Sonko Ready for Those Planning to Kill Him

Fatou Bensouda says leaders have been spreading lies about court