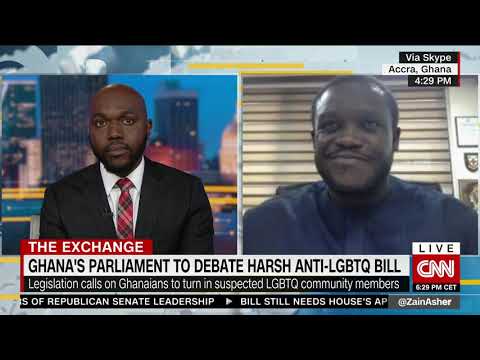 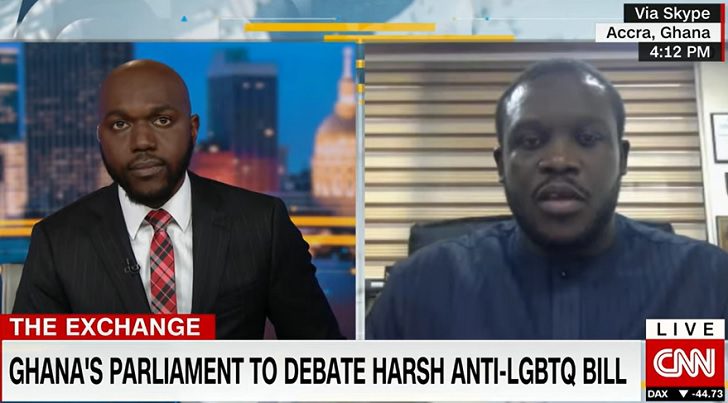 Larry Madowo might be considered among the best Kenyan journalists, but he appeared to find his match when he recently interviewed Ghanaian lawmaker Sam George, who is pushing through a bill to criminalize gays and lesbians in the country.

In a heated debate between the pair, the celebrated journalist, now attached to American channel Cable News Network (CNN) was left on the defensive when his interviewee deflected his questions touching on the anti-LGBTQ+ bill that has caused considerable debate in the west African country.

“Why are you pushing this bill that would legalize hate and homophobia in Ghana?” posed Madowo in his opening question.

The normally poised and self-assertive Madowo also appeared to struggle with the facts of the bill, at some point admitting he was not a medical expert.

“If you’re not a medical expert Larry, and I am saying to you that we have spoken to the medical experts here in Ghana. Conversion therapy is a hormonal treatment,” the lawmaker responded.

The eloquent lawmaker also disputed the celebrated journalists’ assertion that the bill will, if passed, seek to slap a ten-year term in prison for anyone found guilty of engaging in gay and lesbian acts.

“You haven’t read my bill. It’s misinformation to say that anybody who is found guilty of a homosexual act to go to jail for ten years. That’s a misconception that you are peddling and you should not do that on an international platform,” the lawmaker roared.

“Larry, I would advise that you do a better job at what you’re doing. If you want to put a spin, do it right(ly). This is my bill, that I have passed before parliament. The activity of homosexual activity is a second-degree felony in Ghana.”

Madowo made his name at KTN, but cut his teeth at NTV as an anchor, business editor, and host of The Trend show. He then moved to BBC as Africa Editor, before resigning to pursue studies in the USA. He later rejoined BBC as an American correspondent and covered the USA elections, where Donald Trump lost to incumbent Joe Biden.

Larry would leave BBC to join CNN as an Africa correspondent based in Nairobi, but also anchors for the American channel in Atlanta.

VIDEO: Pastor Ng’ang’a at it again, confronts the ‘Devil from Gatundu’