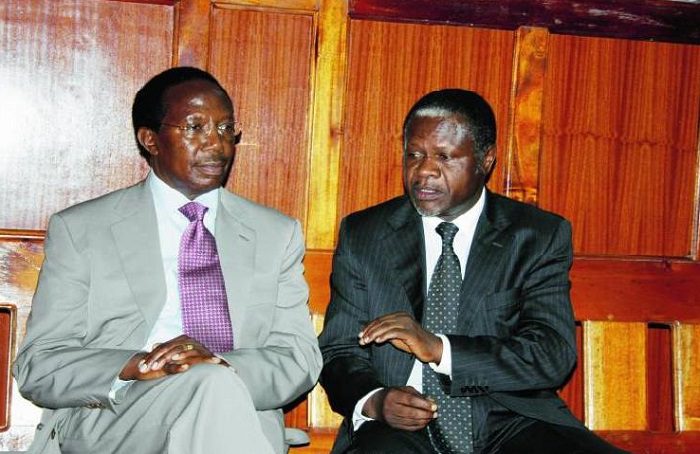 The Supreme Court has allowed the Director of Public Prosecutions Noordin Haji to continue with the extradition case against Former President Daniel Moi’s minister Chris Okemo and Ex-Kenya power Boss Sanuel Gichuru who are wanted at United Kingdom’s Jersey Island to face charges of money laundering.

The Supreme Court had stripped the Attorney General of the powers to initiate extradition proceedings against Chris Okemo and Samuel Gichuru.

“The fact that extradition proceedings are criminal in nature stops the AG from any authority to initiate and conduct the proceedings before a court of law. The AG however retains the executive authority to receive requests for extradition and to transmit the same to the DPP,” ruled the judges.

They directed that the extradition proceedings against Okemo and Gichuru that had been initiated by the DPP in July 2011 to continue forthwith on a priority basis and that the DPP is at liberty to pick from where the case stalled or to start the proceedings afresh.

Okemo and Gichuru are alleged to have defrauded millions of shillings from Kenya Power and Lighting Company between 1998 and 2002 and hid the proceeds in the UK in offshore accounts.

Following a request by the Jersey Island in April 2011, the DPP started the extradition proceedings before a magistrate’s court but the two moved to the High Court to quash the case arguing that it was unlawful and against their rights.

But the High Court dismissed their petition and allowed the proceedings to continue. The two appealed and got the case terminated when the Court of Appeal ruled that the DPP had no power to commence the extradition proceedings since that was the function of the AG.

It’s the decision the DPP appealed at the Supreme Court claiming that it will affect all other extradition proceedings they have filed against people wanted by foreign countries to face criminal charges.

Kenyans living longer than they did 25 years ago: study