The opening bars of Kenyan-Born Adelaide Rapper Elsy Wameyo’s 2021 single ‘Nilotic’ spell out a kind of reverse shopping list of stolen wealth: “I’ll have all the gold and the diamond from the Guinea / Give me back the tones and the stylin’ in Somali / Oh run it back the tea that you sippin’? Malawi / That ain’t even half of it so Benny hurry hurry.”

It’s a decolonising polemic, delivered with Kendrick-inspired cool and a gritty bassline — a soundtrack for raised fists and toppled statues. Some of Wameyo’s earlier work, like 2019’s quietly soulful ‘Outcast’, hinted at this potent cocktail of pride, power, sorrow and frustration. But on ‘Nilotic’, the title track of her debut EP out next month, a spark’s been lit. 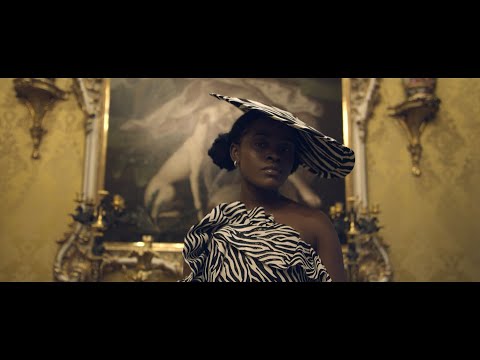 The Adelaide-based Wameyo has been releasing music since 2018, but ‘Nilotic’ is the work of an artist radically changed by the consecutive outrages and tipping points that saw crowds around the world pour onto the streets in 2020, united under one call: Black Lives Matter.

“Every scroll was another Black boy dying,” Wameyo tells NME. “As soon as I got off my socials, I’d chat with my family and something else has happened back in Kenya. There was always something, and it pushed me into a corner where I just had to experience it; I had to go through what the world was giving us, I couldn’t run away.”

Black Lives Matter may have had its roots in the United States, but for Wameyo, it also rang true in Adelaide. “It’s one of those things where as much as it’s happening in the US,” she reflects, “a lot of these things are happening in Australia – Australia just knows how to hide it.

“That’s really how the journey of ‘Nilotic’ started; after drowning in so much sadness, [I was] really just crying to find a way to just be at peace again.”

To find that peace, Wameyo looked to the Nile, the ancient, life-giving river that has always guided and nourished her people. Wameyo was born in Nairobi, Kenya, but it’s the land of her grandmother, on the Nile-fed banks of Lake Victoria (called Nam Lolwe in her mother tongue, Luo), that she calls home.

“When you look back to the past, the Nilots came from Egypt through South Sudan, and then through migration everyone came through Kenya and Uganda,” she explains. “I had this picture of all my ancestors running down the River Nile, looking for a place to rest and stay and call home. As Nilots we dispersed into all these countries, we ended up where we are, [but] this Nile still continues to sustain us.”

For most of her life Wameyo has been half a world away from the Nile, moving to South Australia as a seven-year-old. Her electrician dad got a job in Adelaide, and when they landed on a scorching December day, Elsy was in tears.

“My family always remind me that as soon as we landed I was crying because it was so hot,” she recalls. “I didn’t understand what’s going on, but at that point, physically, I was like ‘this ain’t it’ – my body isn’t in tune with this place, it doesn’t understand the weather, the culture.”

That alienation grew starker when Wameyo started school, where she felt like an “outsider” and “outcast”. In response, she looked inward towards her family, community and culture, ties that are evident across the celebratory, even defiant ‘Nilotic’ EP.

Having grown up singing at church, Wameyo started taking her own music seriously when she became involved in Playback 808, a musical collective in Adelaide’s northern suburbs led by South Sudanese rapper DyspOra. By 2019, she began working with Melbourne-based label Music In Exile to release a string of singles produced by Mario Späte, the Adelaide-based producer who also helmed many of Tkay Maidza’s early hits.

But Wameyo produced each track on ‘Nilotic’ herself, poring over YouTube clips and deconstructing the songs of her idol Kendrick Lamar and Black Panther/Childish Gambino composer/producer Ludwig Göransson as her education. It was also important to surround her work with her community, from the friends and aunties who appear in the gorgeously produced video clips for ‘Nilotic’ and ‘River Nile’, to the album artwork by celebrated Bukavu-born, Adelaide-based artist Pierre Mukeba.

“[Mukeba] is very passionate about putting us at the forefront, and making sure our stories are told by us and only us,” she says. “‘Nilotic’ was a piece where I really only wanted African imprints on it. The whole project is us understanding and knowing who we are, even after everything that has happened that we have experienced.”

A few days after our interview, NME watches Wameyo perform an afternoon set at WOMADelaide, one of South Australia’s leading music festivals. She’s has previously played the likes of St Jerome’s Laneway Festival and Groovin The Moo, but seeing her play what seems like her biggest gig to date with the ‘Nilotic’ material under her belt, it’s hard to shake the feeling this is an artist on the cusp of a big leap.

One of the most rousing moments comes when Wameyo invites the crowd to chant along to still-unreleased anthem ‘Sulwe’, a neo-soul song that is the only track on ‘Nilotic’ sung entirely in the languages of her home.

“Whenever my mum prays, it hits so much deeper when she prays in Luo,” Wameyo reflects. “I don’t know why it is, but whenever we speak in our language, and especially in our mother tongue, there’s a deeper connection between the words of the song with our spirit.

“It’s just one of those things I let people feel through the music; on a track like ‘Sulwe’, you might have no idea what I’m saying, but you’ll feel that connection.”

DEVOTION: Are You Dishonoring God?  By Pastor Shadrack Ruto