Kenyan YouTuber Big Man Stevo of the famous Comrades Flavour channel has revealed that he will do a mass wedding when it’s time for him to marry the triplets he is dating.

In an interview with Citizen Digital, Stevo who have been making headlines for dating triplets (Evelyn Wanjiru, Mary Muthoni and Catherine Wanjiru) – confessed that he is a polygamous man and that’s why he opted to start a relationship with the three sisters (triplets).

“I’m a faithful generous man and everything about me comes big, even blessings; that why they call me big man Stevo. I tend to believe that my love was not meant for one girl and natural I was born a polygamous person and that everyone knows. I’m always honest and faithful and my exes before have been living because I tell them that I want to add one more, I don’t want to cheat, I want to add and coincidentally blessing just came my way when I wanted them,” Stevo said.

He also mentioned that they have been together for two months and he is optimistic that the relationship will mature into a one big family.

“Its barely two months and we are living a day at a time. We learn from one another; we are taking our time… I kiss and I don’t tell so expect surprises because I don’t like exposing my family so much,” he added.

During the interview, the identical triplets (Mary, Cate and Eve) narrated that they all have a timetable as to who spends the night with Stevo and on which day.

“The three of us we are enough for him and we are not going to allow him to bring another one. So its three and it’s a happy family,” they said. 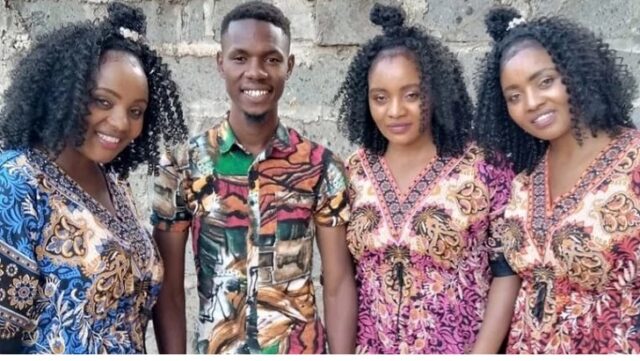 Stevo added; “Why do people doubt the fact of me satisfying three ladies, there is no big deal. So for me just a week, they are three. Every Monday ni Mary, Tuesday ni Cate and Eve ni Wednesday. Then on weekend we meet all of us and have a good time.”

The triplets further divulged that this is the first time they are all dating the same man.

“This is the first time but there is another man who wanted us but we were not ready for a relationship so we told him no,” the triplets said.

Stevo also noted that his family is in support of his new relationship.

“The majority are stilling digesting facts but my family is quite happy. I come from a very mature family which is understanding and they are very supportive and they are just waiting time ya kupeleka ng’ombe twende kama mbogi.

“I will do a mass wedding,” Big Man Stevo affirmed. 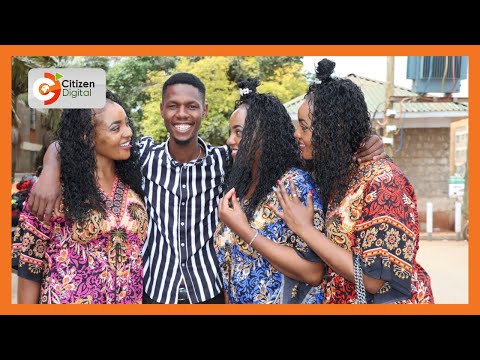 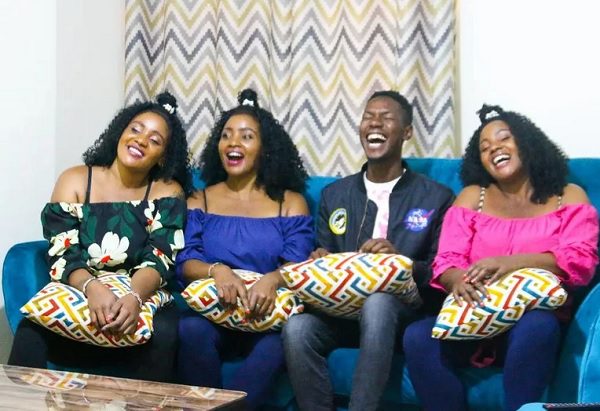