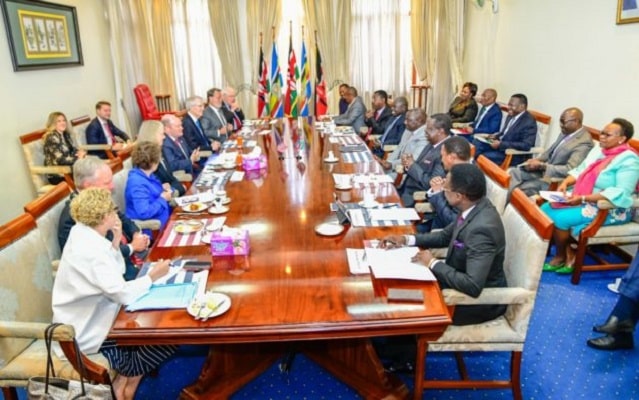 President-elect William Ruto and some members of his Kenya Kwanza brigade on Thursday held talks with a United States convoy led by Delaware Senator Chris Andrew Coons at his official residence in Karen.

The agenda of the meeting, according to the president-elect, was to deliberate on shared goals between the Joe Biden-led nation and Nairobi, specifically the country’s state of security after the August 9, polls.

“Held talks with congressional delegation from the United States led by US senator Chris Andrew in the company of US ambassador to Kenya Meg Whitman,” Ruto said on his verified Twitter page on Thursday.

“The talks touched on the just concluded elections in the country and areas of cooperation between Kenya and United States. We commit to deepen relations and further partnership for the mutual benefit of the citizens of the two countries.”

Coons and his entourage arrived in the country on Wednesday night as part of his ongoing five-country tour of Africa. He was received by Whitman at Jomo Kenyatta International Airport (JKIA).