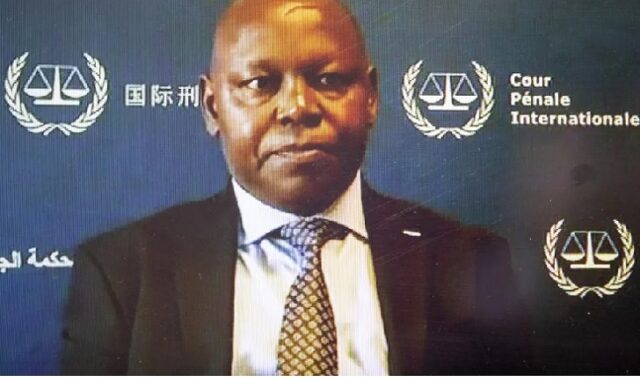 Reports alleged that Gicheru’s lifeless body was discovered hours after he went to sleep, complaining that he was unwell.

Police confirmed his death, but were cagey on ascertaining whether he was poisoned as reports alleged. A preliminary report is set to be released, with investigations commencing immediately after police were notified of his demise.

Gicheru, who is facing witness interference charges at the ICC, was said to have headed to bead immediately after eating lunch and his family was alarmed that he was yet to wake up at dusk.

A report filed at Karen Police Station claimed that he was found emitting foam from his mouth, raising claims that he was poisoned.

His son, who was also said to be a victim of the circumstance, was rushed to a hospital in Nairobi for first aid. Reports alleged that doctors were monitoring his situation.

The family is yet to issue a statement.

Details of Gicheru Case according to ICC

Charges: offences against the administration of justice consisting in corruptly influencing witnesses regarding cases from the situation in Kenya. Case also initially involved charges against Philip Kipkoech Bett. The case against the latter was severed from the case against Mr Gicheru on 11 December 2020.

On 15 July 2021, ICC Pre-Trial Chamber A confirmed the charges of offences against the administration of justice brought by the Prosecutor against Paul Gicheru and committed him to trial.

On 15 February 2022, the trial opened before Trial Chamber III. The accused plead not-guilty to the all charges. The prosecution then presented its opening statements and called its first witness. 8 witnesses have testified for the prosecution, the last one finished testifying on 24 March 2022. The Office of the Prosecutor completed its presentation of evidence on 29 March 2022. The Defence announced on 25 April 2022 that it will not call any witnesses.

The closing statements in this case took place on 27 June 2022.

NEXT STEPS: Trial Chamber III will deliberate on the proceedings and, within a reasonable period, pronounce its decision on conviction or acquittal.

Kenya Whistleblowers To Be Rewarded For Recovered cash